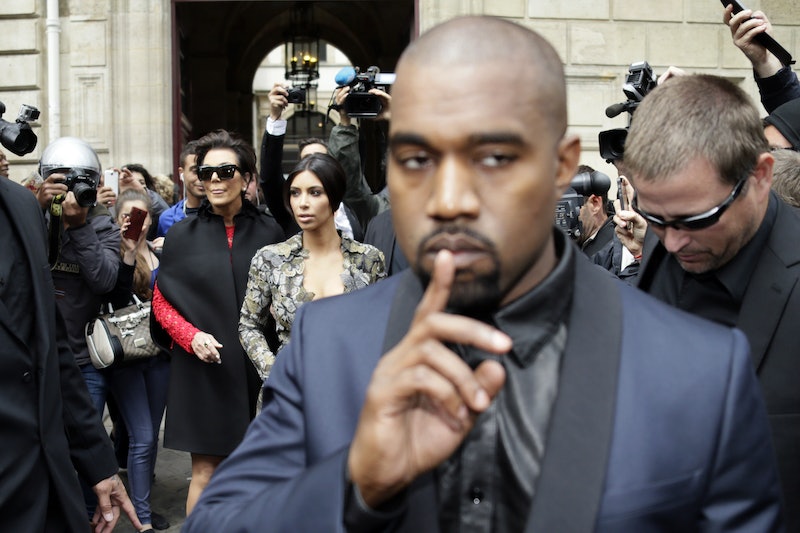 Continuing our exploration of inexplicable slang terms, we have this one: What does “swerve” mean? I don't mean in the “a duck walked waddled out onto the street in front of my car today, and I had to swerve like whoa to avoid hitting it” way; I mean in the “SWERVE!” sense. Y'know, the type of meaning that makes it a complete sentence all on its own. Let's continue our strange journey into the world of slang by deciphering “swerve.” Are you ready for this? Here we go.

As is the case with a lot of slang terms, “swerve” can mean a whooooole lot of things. Typically, though, it's used to “imply dodging someone” — or at least, that's what Urban Dictionary is telling me. Other possible meanings include “to dismiss or say no to a request,” “to tell someone to go away when an unwanted proposition is made,” “something that's weird, but cool,” and “to trick; to fool; to send for a loop” (the noun form of this last definition being “the act of being tricked”). What all these definitions seem to have in common is that they take their sense from the original definition of the word — “to change or cause to change direction abruptly.” The slang usage of the term maintains that feeling of veering away, while changing its part of speech to something more like an exclamation or a catch phrase.

While “swerve” may be similar to some of the slang terms we've been exploring here lately in that it can have a lot of different definitions, though, one way it differs from all the others is this: I didn't have to dig very far to find out where it came from. Urban Dictionary's top cited entry traces it back to the Kanye West, Big Sean, Pusha T, and 2 Chainz collaboration “Mercy.” Released in 2012, the song features the word “swerve” used in the “werdodging” sense.

However, it's worth noting that some of the older definitions on Urban Dictionary pre-date “Mercy” by almost a decade — such as the “to trick” meaning I previously mentioned. That one goes back to 2004, so clearly “swerve” in at least one form has been around for quite some time.

I am by no means a “swerve” expert; in fact, as I have commented numerous times before, I am decidedly unhip and usually have no idea what the cool kids are saying these days. But to the best of my knowledge, here are a few ways in which one might deploy the word “swerve”:

“Can you pick up some beer on your way over?”

To tell someone to go away:

To tell someone to cut out the bullshit:

“That whole nightmare at the club last night? That was totally the other guy's fault.”

To comment on something weird, but kind of cool:

“Dude, did you see that 84-year-old woman who wants to be the next Carl's Jr. model?”

So there you have it. Go forth and swerve, my friends.