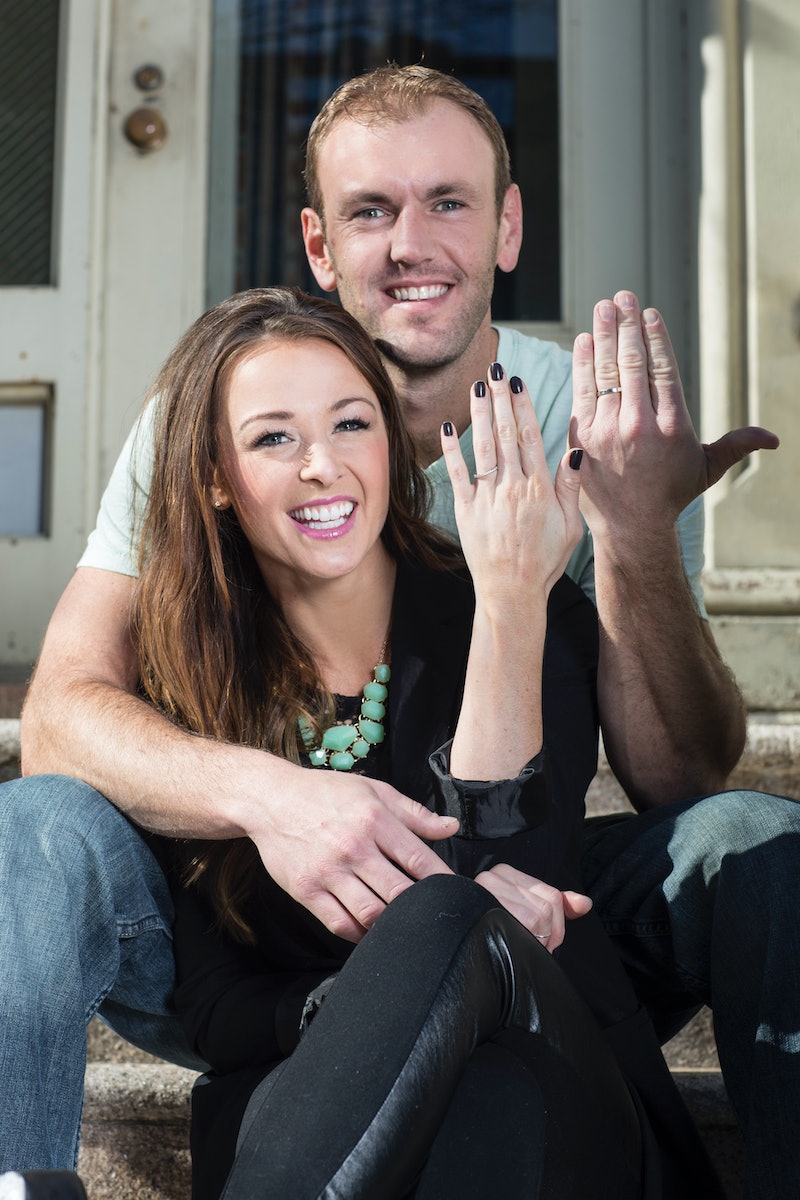 I would never, ever, in a million years want to get married to a complete stranger, but that doesn't mean I don't want to gleefully watch what happens to those who do, which is why Married at First Sight is my new favorite reality show. And after speed-watching the entire first season one weekend, I have major respect for the couples who decided to participate in the experiment. Doing something so scary that will alter your life forever takes guts, and I will forever admire the bravery that these people have — especially the couples from Season 1, who were venturing into completely uncharted territory. Fortunately, more often than not, the relationship experts who matched them up knew what they were talking about more often than not, and Married At First Sight Season 1 was actually pretty educational — even for those of us who were just watching at home.

Because really, you don't actually have to get married at first sight to learn from those who have. The first season of the show was eye-opening for a lot of reasons, and there's a lot to take away from the mistakes that these original couples made during the experiment.

Love At First Sight Is Overrated

Chemistry is important, but it's not everything. Case in point: Monet and Vaughn, who had chemistry from day one, but six weeks later, that chemistry didn't mean anything. Doug and Jamie had absolutely no chemistry at first, but by the end of the experiment, they were the most stable couple in the group. The more you get to know someone, the more in love you'll fall with them — or the more you'll fall out of love with them if your feelings were instant. The foundation to any great relationship is friendship.

There was a moment where each of couples realized that what they told the experts they wanted in a spouse wasn't actually what they wanted in practice. Poor Monet thought she'd like her marriage to take traditional gender roles, but learned that she was way more independent than she originally thought. It's a good thing to have an idea of what you want in a relationship, but once you're actually in that relationship, you might eat your words. Your mind might change, and that's OK.

Speaking of that wish list of things we look for in a partner and its occasional inaccuracy... the experts are good at their jobs, but personality matches don't always equal a long lasting and fulfilling relationship. Sometimes, the best relationships make absolutely no sense, and you owe it to yourself to explore that possibility.

It's hard combining two lives into one, but that's what marriage is at its core. Marriages are give and take. Remember all of the sacrifices Cortney had to make while Jason was in the fire academy? She hated not seeing him often and missed her family, but their marriage is still in tact today. And I'm so glad it is, because they're super adorable together.

Communication Is Key In Any Relationship

Little things can destroy a relationship (and your partner's trust) if they're swept under the rug. One example: Jamie was really hurt when she realized that Doug was a smoker and kept it a secret from her for weeks. That argument could've been avoided if Doug had been upfront with her about something so trite from the beginning. Lies aren't worth it!

Relationships Are A Ton Of Work

But when the work pays off? It's totally worth it.