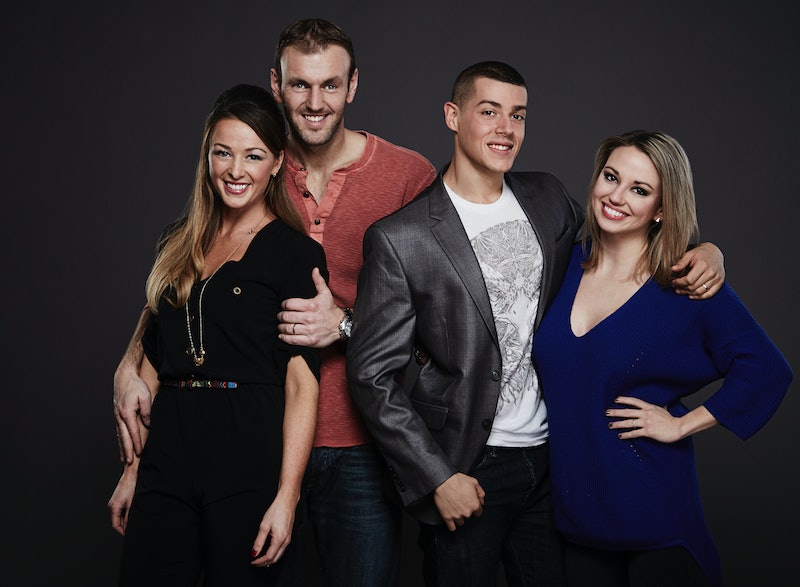 The couples — who literally did not meet until they were standing together at their weddings — were given five weeks to decide if they wanted to stay married or get divorced. Cortney Hendrix and Jason Carrion were instantly attracted to each other, while Jamie Otis and Doug Hehner had quite a rocky start with Jamie admitting she wasn't attracted to Doug. The one couple who chose not to stay together, Vaughn Copeland and Monet Bell, had good sexual chemistry in the beginning of the experiment, but inevitably decided to end things in the Married at First Sight Season 1 finale.

I totally get the skepticism surrounding Married at First Sight and I'm thankful that each season only features six people rather than the boatload of people like The Bachelor and The Bachelorette have. But the couples on Married at First Sight can actually very articulately communicate about their real feelings — even if the premise of the show is completely bonkers. And the participants have experts on hand who set the pairs up in the first place — psychologist Dr. Joseph Cilona, spiritual advisor Greg Epstein, sexologist Dr. Logan Levkoff, and sociologist Dr. Pepper Schwartz.

If you want to keep up with the couples who stayed together, you can check out Married at First Sight: The First Year on FYI, which premiered in January. The follow-up show documents Jason & Cortney and Doug & Jamie's relationships starting at their six-month anniversary of marriage until their one year anniversary.

Now, just because Cortney & Jason and Jamie & Doug didn't pull the plug on their marriages in the timeframe of the show, doesn't mean their relationships will last forever. But both couples seem to be in it for the long haul. When Jason and Cortney decided to stay together, Jason said "... I want to spend the rest of my life with you."

Although the couple was the youngest of Season 1 and had a challenging first year with Cortney losing her job and Jason's mother dying, they are still together. And the loss of Jason's mom actually brought them closer together with Jason telling ABC's Nightline, "[Cortney] was there when I had to go through things I didn’t want to go through, she was there."

Doug and Jamie's path was slightly different with Jamie taking some time to warm up to the idea of being married to Doug. She said his patience, humor, and caring won her over though (apparently, they even waited two months to have sex) and they want to — eventually — have children together.

With Season 2 of Married at First Sight starting on Tuesday night, I am intrigued to see if the show can keep its successful track record (because like Meatloaf sings, "Two out of three ain't bad"). Marrying a stranger for a social experiment and it actually working out does sound crazy — but with the reality show Survivor almost definitely being better for creating couples than The Bachelor is — crazier things have happened.