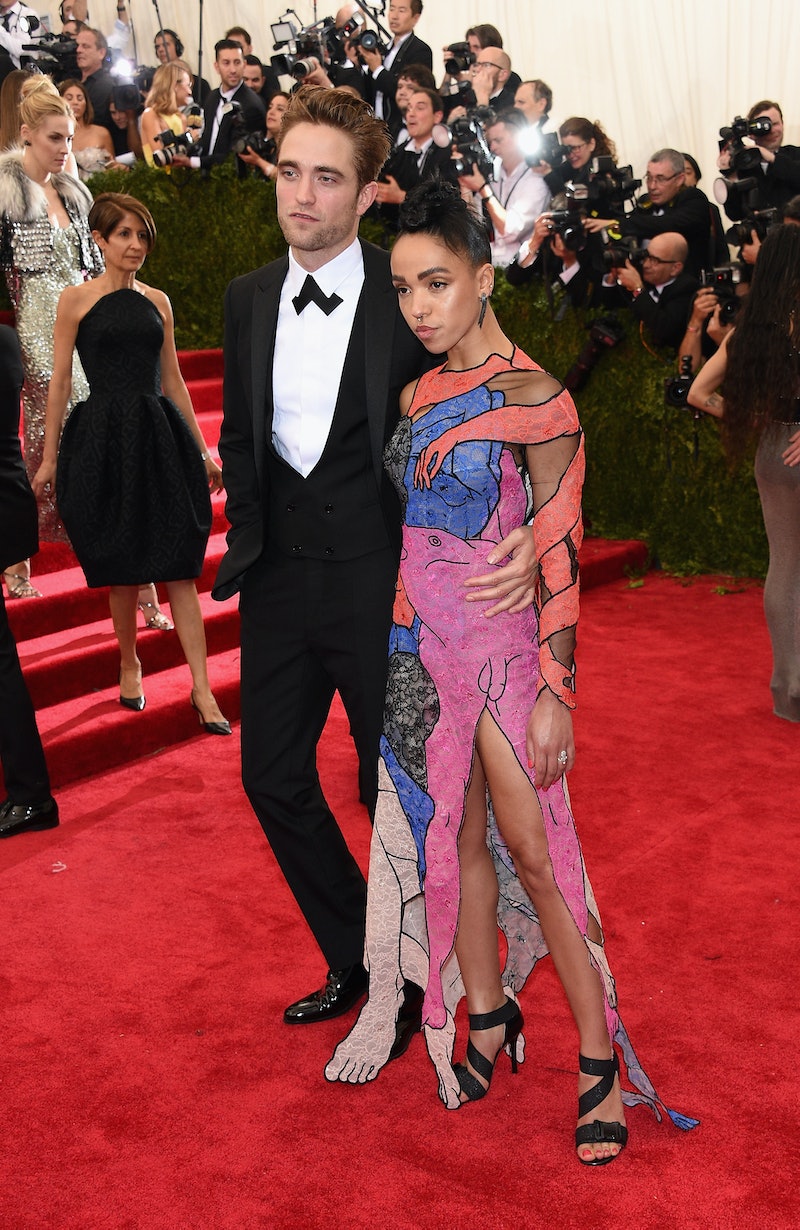 After much speculation, the wait is over: FKA Twigs & Robert Pattison arrived at the Met Gala 2015, making this their first appearance together not only as a couple, but as a, supposedly engaged husband-and-wife-to-be! The couple, who typically keeps their relationship on the down low, could not have picked a more fabulous event to make their debut together. Can I just say that they might be in the running for the newest most fashionable couple in Hollywood?

FKA Twigs wore a delicate, yet colorful dress designed by Christopher Kane that looked more like a piece of art than an actual dress. She wore her hair up in a tight bun and kept her makeup simple, letting her signature septum piercing do all the talking. Her most fashionable accessory? I can't decide between her shiny engagement ring and her arm candy/fiance Robert Pattinson, who looked dapper as ever in a Dior tuxedo. Together, FKA Twigs and Robert Pattison, made for the coolest couple on the red carpet, hands down.

The two were spotted arriving at JFK airport yesterday and then again strolling around NYC together. This, of course, caused everyone to take to Twitter, asking whether the darling couple would make their official debut at Met Gala. News of their possible engagement came out a month ago, but we've only seen paparazzi shots of the lovebirds galavanting around together. Here's to hoping we'll see more of them on the red carpet now that they've made their official debut!

Awwww, they're so in love, you guys!