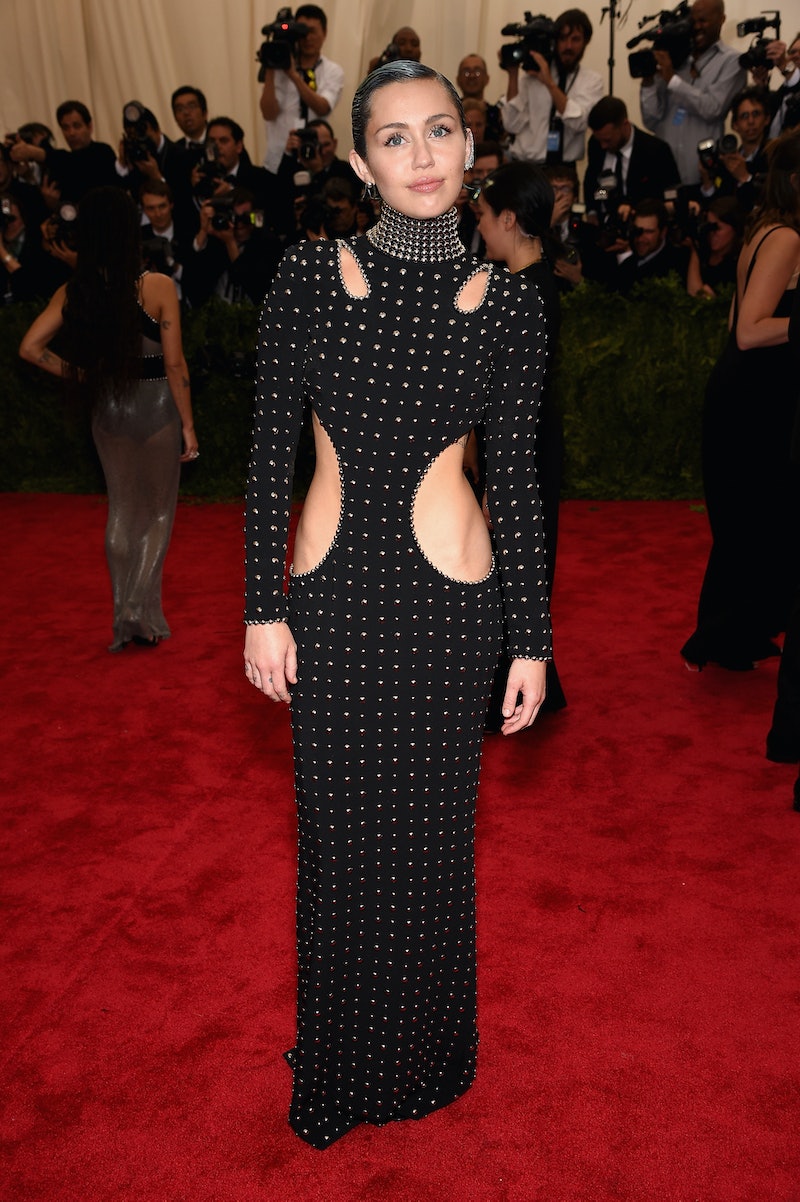 If there's ever been a Millennial celeb to tell it like it is, it's Miley Cyrus. So, as you can imagine, I've been counting the days in heart-wrenching anticipation of Miley Cyrus at the 2015 Met Gala. I know sometimes she's a little out there. I know her twerking has offended grandparents and right wingers and misogynists alike. So call be a rebel, but I like her. Miley Cyrus is body positive, her take on drugs and drug culture in the U.S. is refreshingly honest, and she dyed her armpit hair pink. So, enough said. Lady is a BAMF and I love it.

But what's more? Miley Cyrus knows to rock a non-traditional outfit, including at the Metropolitan Museum of Art’s Costume Institute Gala. In 2013, for instance, she was one of the few celebrity attendees to bother to understand, and subsequently embrace, that year's punk theme — from its political to its musical to its sartorial implications. So for tonight's red carpet, I was sure she'd do something epic with the exhibit's theme for 2015: "China: Through The Looking Glass."

Although this year's ensemble is more in keeping with 2013's punk theme than 2015's (studs everywhere, side cutouts, a studded high collar detail, of course), it definitely isn't culturally appropriative (a risk this year's exhibit took when deciding on the theme). It's just Miley, which is honestly kind of rad. In staying true to her sartorial tastes, she shows us that she cares. She cares about being herself while having to keep in tune with the grander connotations of any given event. And that's all quite admirable. Plus, you know, she dyed her hair blue. BLUE. Forget the pastel trend, Miley is keeping things grungy and punk and alive!