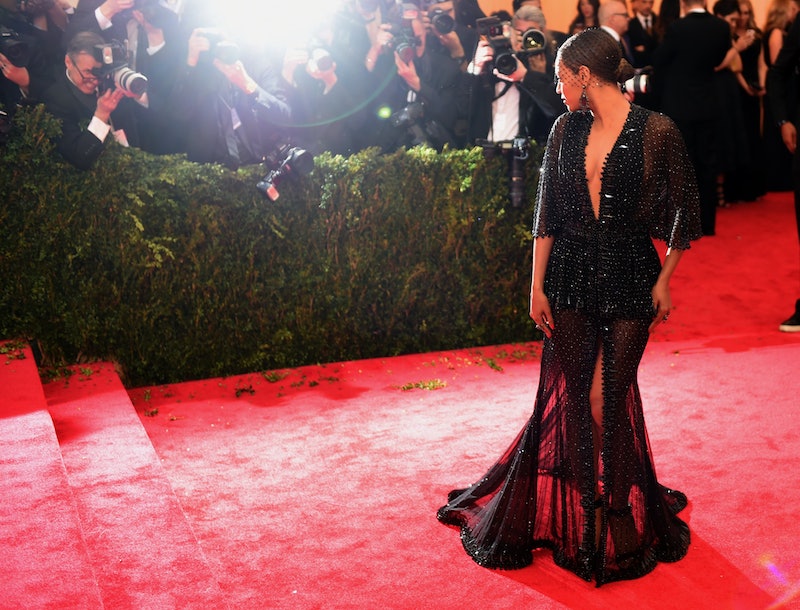 TIMOTHY A. CLARY/AFP/Getty Images
By Jodie Layne
May 4, 2015

When it comes to red carpet season, not having TV isn't really a huge issue if you want to fill your eyeballs with the best looks from The Oscars or The Grammys, since it's pretty standard for the awards to provide a live stream with several different channels and cam views of your choice to stargaze while everyone filters into the event. If you're wondering what site to click over to live stream the 2015 Met Gala — if you want to drool over the most haute looks we're likely to see on any red carpets this year — you're gonna have to go the Periscope avenue. Sorry, guys. I don't want to download another social media app either.

With The Met's social media ban in full effect, you're going to have to go to the official streams from the New York Times Fashion photographer's stream or The Met's own official account (@metmuseum) on the app for "selected moments." So far these streams definitely seem inferior due to lack of title cards showing who it is that's arriving, which is an important thing for an event with tons of designers that most people won't recognize, and lacking sound to really capture the atmosphere.

And, uh, it's kind of weird just watching a dress parade in silence. Getting to watch the Jennifer Lawrence fans be excited with each other in the comments is way cute, though. If you want some ambiance, check out The Cut's live stream, which has sound.

Is Periscope the way of the red carpet coverage future? We'll see!