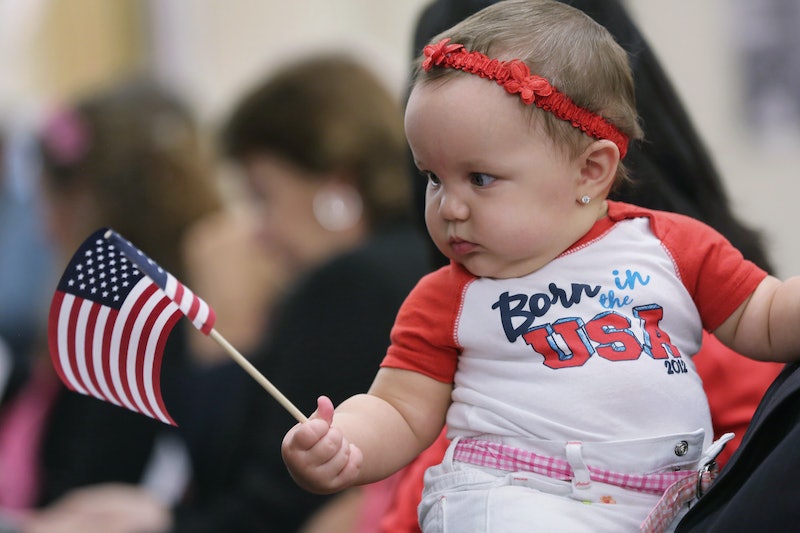 Here's something to send your mom if she's been pressuring you: According to a new article in The Atlantic, all those scary statistics we’re constantly shown about how our biological clocks are ticking— you know, how we’re hurtling towards a lonely, barren end if we don’t pop out mini versions of ourselves by our mid-twenties—all that’s a total exaggeration, and based on poor research.

Dr. Jean Twenge, the author behind the controversial article, found that an oft-quoted statistic—which states that one in three women ages 35 to 39 will fail to get pregnant after a year of trying—is in fact based on records from France, from around 1670 to 1830. That’s before they had antibiotics. Or even the French New Wave!

In her article, Twenge suggests that on the contrary, today, the “period between 35 and 40 is more fertile than many people believe.”

Apparently, modern research supports this. Within a group of nearly 3,000 Danish women, 78 percent of 35-to-40-year-olds were pregnant within a year if they had sex at fertile points in their cycles, which is only slightly lower than than 84 percent of 20-to-34-year-olds, according to a study conducted by Boston University. Another modern study shows that the difference in pregnancy rates at age 28 versus 37 is only about 4 percentage points.

Compare that to ASRM’s 2003 guide for patients, which says that a woman’s chance of pregnancy drops to a mind-boggling five percent by age 40. What gives?

Twenge does admit that gathering data about modern-day birth rates is a tricky business, for various reasons. For one thing, a lot of these statistics are actually based on in vitro fertilization results, where younger women actually do have much higher success rates—42 percent of women under 35 manage to give birth through one IVF cycle, while that only happens with 12 percent of women aged 41 to 42.

So how to get some accurate odds? Twenge suggests that the best way to study fertility might be to look more closely at the woman’s cycle, and particularly, her chances of getting pregnant if she has sex on the most fertile day of that cycle. That way, research would actually look at couples as they try to get pregnant, and would’t be skewed by older couples who are less active in the bedroom. (Yeah, you can still worry about that one.)

The conclusion? Don't settle for that twitchy dude who stares at you on the F train. We have time to be picky.