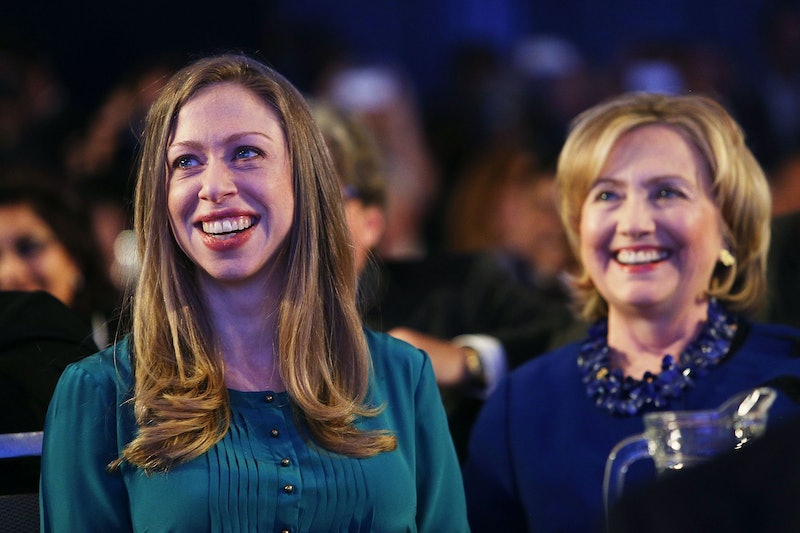 Our poor moms. They feed and clothe us and keep us alive. They put up with us during those hormonal teenage years. And then we celebrate them for one measly day of the year each May, on Mother’s Day. They really deserve flowers and brunches and massages EVERY day of the year, but since it’s an official holiday, May 10 will just have to do.

Who would we be without the wisdom of our moms? I’ve learned some valuable lessons from mine, like, “If you forget to put on blush make sure to pinch your cheeks.” That’s always helpful. Or, “Don’t be a Hateful Hannah,” which is another little gem. Then there are the more serious lessons, about strength and perseverance and grit; the lessons that stick in your mind when you’re in a funk or just need a little motivation to get you through the day. As the writer P.J. O’Rourke said, “Everybody wants to save the Earth; nobody wants to help Mom do the dishes.” We're probably all a little bit guilty of that.

So in honor of all of the awesome moms out there, here’s a look at some of the most inspiring, feminist moms in literature. They might not be perfect, but who is? But they are all bold, unique, and unafraid to stand for something. Maybe your mom isn’t slaying enemies or risking her life to battle injustice, but chances are she’s worth a little shout out.

Jenny Fields, The World According to Garp

Jenny Fields is a headstrong nurse who wants a child, but without that pesky thing known as a husband to go along with it. So she gets pregnant, with the help of a wounded soldier named Technical Sergeant Garp, and nine months later little T.S. Garp is born. Jenny raises Garp on her own, teaches him to respect women, writes a book called A Sexual Suspect, and becomes a feminist icon when she opens a center to care for women who have been abused by men. Jenny is truly one of a kind, and you’ll have a hard time finding a literary momma who is more of a feminist than she is. “I wanted a child,” Jenny says. “It was a good way to have one without the bother of a husband around... who had legal rights to my body.” Not many moms in literature make statements like that.

Daenerys Targaryen/Catelyn Stark, A Song of Ice and Fire

Khaleesi and Catelyn are very different women, but they’re both fierce moms who guard their children with their lives — whether they’re dragon or human. Can you imagine these two women getting angry at a PTA meeting? Yikes.

Tris’ mom is fearless, patient, and wise. Like Khaleesi and Catelyn, she’ll protect her kids to the death. She has a huge influence on Tris, and strong woman who inspires that same strength in her daughter. What’s more feminist than that?

Bernadette might not be a selfless warrior woman who will protect her daughter at all costs, but she is interesting, strong willed, and smart. Yes, she takes off and leaves her family, and yes, that’s pretty selfish, but the character is much more complex than that. In her own way, she’s a feminist icon. She just needed to take off and find herself.

Hester Prynne is punished (that’s putting it mildly) by her Puritan neighbors for having a child out of wedlock, but she still attempts to stand up to intolerance and hatred with courage, even with that big old scarlet “A” on her chest. She broke rules, she loved her child, and she did the best she could. Today, she’d be considered a strong female role model (at least by some). Back then, she was a pariah.

Marmee raises four girls on her own, on an extreme budget, with no man to help her out the majority of the time. She fights for her daughters when she needs to, and she’s patient with them, which you know is a gargantuan feat if you grew up with a gaggle of sisters. Basically, she’s a saint — a tough one.

Molly is kind of a mom to Harry, and she cares for all kids as if they’re her own. She’s affectionate, nurturing, inspiring, and she’s a matriarch who can duel with witches, and win. A mom who can hurl deadly curses when she’s trying to protect her loved ones is the kind of mom we all want. Do not mess with her.

Now get out there and call/hug/praise your mom. You don’t have to wait until May 10 to do it, you know.