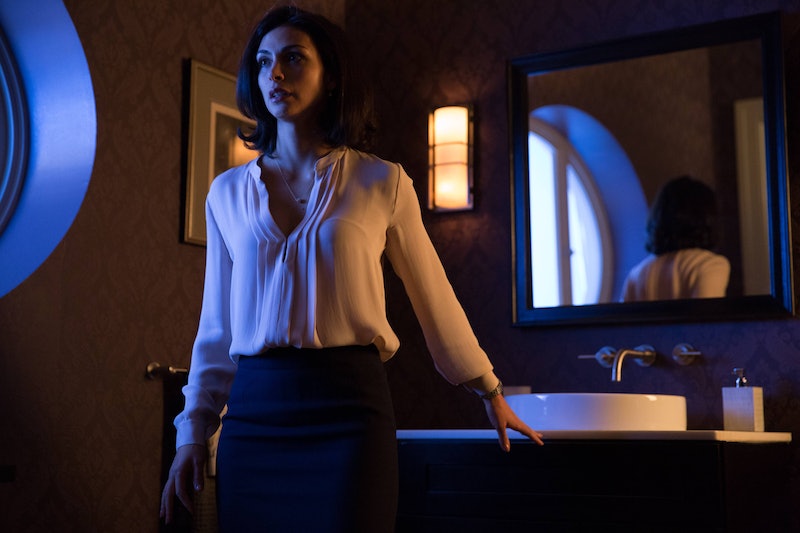 Over the course of Gotham's first season we watched as many characters began down a path that would eventually lead them to villainy. From Oswald Cobblepot to Selina Kyle and many others, these characters' names alone let viewers know we were watching the beginning of something dark. Something we may not have anticipated, however, is that Jim Gordan's fiancée Barbara Kean would become a Gotham villain, yet that's exactly what the Season 1 finale seemed to imply. But unlike Cobblepot, whose evil was spurred on by his lust for power, the darkness shown in Barbara clearly stems from past trauma,which means there is still hope for her.

In the past two episodes, we saw Barbara get to know "The Ogre," Jason Lennon, a serial killer who first went after her in an attempt to scare Jim Gordon off his trail. But things quickly became complicated when Jason realized that Barbara and Jim were no longer a couple, and then after talking to Barbara, decided that she was the woman he had been looking for. When he first revealed himself as a killer, Barbara was clearly terrified of Jason, leading him to tie her up, and begin to torture and threaten her both physically and psychologically. In last week's episode, it seemed that when Jason pressed Barbara for someone he could kill for her, she said her parents, leading to the bloody scene Jim Gordon found, shortly after which he killed Jason. But in this week's episode, we learned that Barbara was actually the one who killed her parents, as she revealed to Jim's current girlfriend Doctor Leslie Thompkins during their trauma counseling session.

If that revelation wasn't shocking enough, things got even more twisted when Barbara followed up her confession by grabbing a knife and attacking Leslie. So is Barbara evil? I don't think so. To me, it seems that Barbara is just traumatized, and may not fully be aware of her own actions. Jason Lennon manipulated and tortured her immensely, leading her to kill her own parents. From the way she spoke to others to how she described her current dream-life state to her questioning of whether Jim had ever abused Leslie, it's clear that Barbara is suffering from some severe psychological damage following her traumatic experience, which can only be compounded by the difficult childhood she described.

Without Jason's influence, I don't think Barbara would have ever acted the way she did in Gotham's finale. Yes, she clearly was struggling with some issues, but she was never evil — just troubled and lonely. But Jason used that to take advantage of her, and though he's gone, his effects are not. Leslie was right when she insisted that Barbara undergo counseling, and while their session ended horrifically — with Leslie knocking Barbara unconscious in self-defense — I hope that when Gotham returns, we see Barbara seeking real treatment to deal with everything she's been through. Gotham may be a city filled with villains in training, but Barbara shouldn't become one of them.