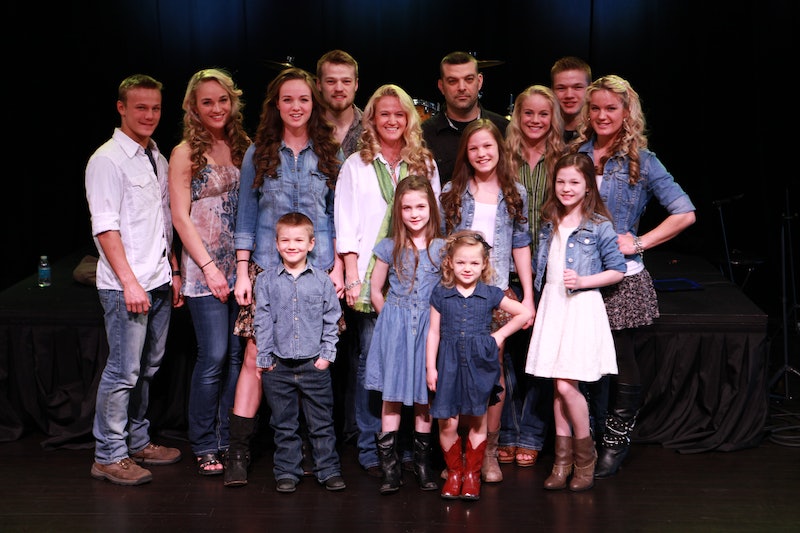 Watch out Duggars: TV's got a new ultra-large clan. TLC is set to premiere The Willis Family on May 5. But just who is The Willis Family IRL? They're another huge family — of 14, to be exact — starring in a reality show. And they even share the Duggar predilection for giving their kids names that start with J. One of them even goes by Jedi, which I must admit is more badass than anything I've seen the Duggar family do (that one non-side-hug notwithstanding).

The Willis family is used to being compared to the Duggars, and they shake it off in the most baller way possible. "We don’t watch much television so we don’t know that much about them," Jennifer Willis, the eldest daughter, told Fox News. "We just tried to be ourselves. We do what we do. Try not to make too many comparisons." Not even acknowledging the existence of your stiffest big-family-TV-show competition? Those are some next-level mind games right there.

So, if they're not trying to emulate the Duggars, what is The Willis Family all about? Music. Besides being a 14-member family, they're also a family band. They had their first televised performance on the Today show, and then got to the final rounds of America's Got Talent. You can watch one of their performances in the video below.

The show will be about the family's attempt to write and produce its first album. I don't know about you guys, but when I was growing up, any attempt at getting me and my sister to take on a project together would end up with fights, tears, and slammed doors — and there was only two of us. (My sister and I also couldn't harmonize when we sang, but that's mostly because I would always switch to whatever part she was singing just to annoy her.) So trying to wrangle 14 people and get them to make one album sounds really, really hard to me. (And don't worry about my sister and I — we get along fine now.)

There's another interesting facet in the story of the Willis family that the show promises to address; it's a strange connection to Illinois politics. In a sad family tragedy, Toby, the family patriarch, lost six of his eight siblings when his parents' minivan hit debris that had fallen off a truck. "The driver of the truck was found to have obtained his commercial driver's license illegally by bribing a worker under then-Illinois Secretary of State George Ryan, who went on to become Illinois governor," the Chicago Tribute reports. "Ryan, who was convicted in 2006 on racketeering and fraud charges stemming from the scandal, spent more than five years in prison before being released in 2013."

So that's a terrible brush with fame for Toby Willis followed by a much happier one. Only The Willis Family can show what will happen next.