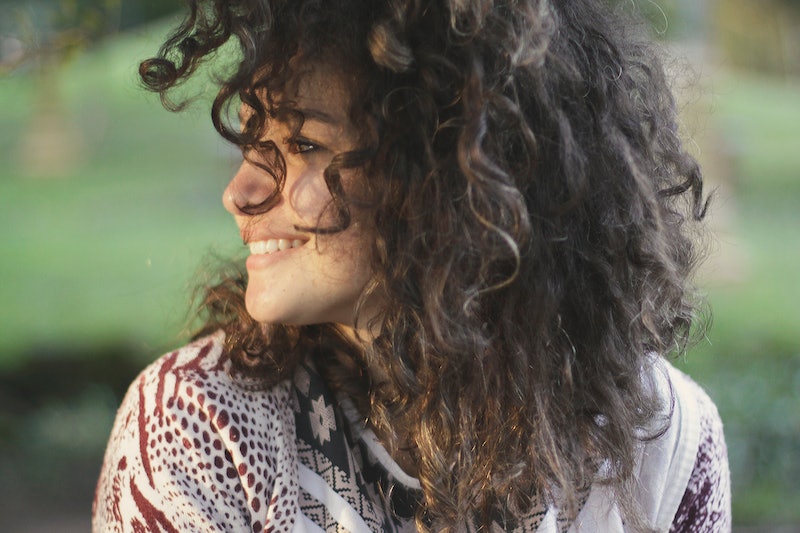 I became aware of fake orgasms before I understood what orgasms actually were. I had just turned 13, and I was watching an episode of Ally Mcbeal where Ling tells Richard Fish she's been faking it so he'll stop taking Viagra. "First of all, you don't need it. And second, I think it desensitizes you. You might be happy to go all night— for me, after 10 minutes, it gets old." A couple of things I learned from this (and many more pop culture references to follow):

1. Sex is not enjoyable for women

3. Men don't know this and we're supposed to keep it a secret

4. Men and women get different things out of sex, because they're inherently different.

Now that I'm a grown up, I resent this casual acceptance of sex being great for men and a chore for women. There are ways to make it better for us, even if P-in-V can sometimes be be frustrating in a "close but not quite" way. As Jill Hamilton puts it fabulously, "Men would also take “forever” to come if they were only being stimulated by, say, someone diligently rubbing their pubic hair."

But trouble is, faking orgasms is not pointing your partner in the right direction. It's like having a pet dog who brings you dead squirrels and then giving it a treat. You're going to have a lot of dead squirrels on your hands. And not just you: this person will be bringing dead squirrels to any women that come after you for years to come. Chances are, they're going to feel as bored as Ling after 10 minutes and pretend to come too. The cycle continues.

But whether or not you fake, or condone faking, or have been faked on (yes, dudes can and do fake too), there's probably a few things you don't know about the hows and whys of faking. Pop culture winks aside, here are few surprising tidbits about the ol' When Harry Met Sally...

2. Faking can be a way to turn yourself on

Depending on whether you do this, you might already be aware: your own vocalizations, though starting off as a mere theatrical touch, can actually get you closer to orgasm, according to a 2014 Temple University and Kenyon College survey of 481 heterosexual females. It's possible that this is because so much of sex for women is mental, or that cause and effect gets blurred (ie. we get turned on because we hear ourselves sounding turned on), but whatever the reason, moaning and groaning can get you on the way to real thing.

3. That said, real orgasms tend to be quiet

While writing this, I asked a few guys if they ever suspected girls were faking it on them and why, and they all said, yes, the ones who weren't "enthusiastic" enough. They're going to be pretty shocked to see that actually, real feelings of pleasure tend to be quiet and usually occur during foreplay or oral sex, according to a 2012 study of 71 sexually active heterosexual women published in Archives of Sexual Behavior. Whoops

4. Lesbians are less likely to fake it

Let's hear it for ladies loving ladies: they're having way more orgasms than straight women, a 2014 Kinsey Institute study of 2,850 sexually active men and women discovered. And is it any wonder? They've got to be much more adept at finding a clitoris than the average heterosexual male. (I have no studies to back this up, it's just a hunch). Of course, this orgasm gap could also happening be because lesbians have a well documented comfort level with oral sex that heterosexual women simply don't.

5. We might be faking because "vaginal" orgasms don't actually exist

Blah blah blah, G-Spot, whatever. Can we please stop chasing a thing that almost sort of kind of feels good and focus on the thing we know works? A 2014 review published in the journal Clinical Anatomy, has shown that what we once thought were "vaginal" orgasms are actually also clitoral ones, because the interior portion of the clitoris wrap around the vagina, and, depending on their locations, can be stimulated internally. That said, though coming this way is possible, it's sort of the equivalent of stimulating only the base of a man's penis but not the upper two-thirds: possible, but mostly frustrating.

6. Fake O's can be a "mate retention" strategy

This may be another thing you knew deep down in your soul but didn't realize was actually a thing: pretending to come is a manipulative strategy for keeping a man interested, says a 2011 study published in the Archives of Sexual Behavior of 453 heterosexual women in the Southeastern U.S.. You come, he feels successful — he comes back for more (and is less easily stolen by all those other screamers out there). Obviously this is probablematic because you end up needing more, but, just know that this is a thing that people do.

7. Women might be faking because men aren't putting in work

Ever wonder why you're so much more likely to come with someone you love than someone you've just met? Pop culture would have you believe it's because women are romantic creatures that only orgasm when in love (lol), but the evidence points to laziness: one-night-stand men simply don't care that much if you come (which is problematic because, as we established earlier, female orgasm often requires some additional clitoral stimulation beyond P in V intercourse), Cosmopolitan found in a 2015 survey of over 2,300 women aged 18-40.

According to a 2013 Emory University study of 600 college students, "Women, researchers say, likely do not feel comfortable telling their hook-ups what they want and need during sex while their male partners are admittedly less focused on pleasing a casual sex partner."

8. You're not alone: Inability to orgasm from intercourse is a worldwide feminine condition — but ability to actually come in general is not

Authors of a journal, Clinical Anatomy, say that "the majority of women worldwide do not have orgasms during penetrative sex," and that they've been mislabeled as having sexual problems based on a non-existent concept: a vaginal orgasm. Though physical characteristics (size of clitoris and distance from vagina) can make coming during pentatrive sex especially impossible for some women, there's good news in this too: researchers believe that "it is possible for all women to orgasm if the female erectile organs are effectively stimulated."

Remember that Louie CK joke about how women aren't clingy after sex they're just unbearably aroused because they didn't get to come? He might have been onto something, because researchers have discovered a link between orgasm (or lacktherof) and the quality of post-coital, pillow talk. As Science Daily reports, "in the aftermath of having experienced an orgasm, people are more likely to share important information with their partners. And, that communication is likely to be positive." Because you just came, and everything is positive. Yay orgasms!

10. Scientists can tell if you're a faker from the way you walk

Bet you didn't know that stride length and vertebral rotation are dead giveaways to whether your "vaginal orgasms" really happen: a 2008 study showed that "appropriately trained sexologists were able to correctly infer vaginal orgasm through watching the way the women walked over 80 percent of the time." Good thing this training doesn't seem to be available via YouTube tutorial or that could get awkward for many of us.

11. You might have to fake it because your partner is ugly

Come to think of it, orgasms are a lot like laughs: you can't force them to happen, but you can create the right environment for them to happen easily. Setting that aside, cold hard science has shown that funny guys are much more likely to get you off. Maybe it's because people pleasing is just in their natures? As the study notes, "Their partner's sense of humour not only predicted his self-confidence and family income, but it also predicted women's propensity to initiate sex, how often they had sex, and it enhanced their orgasm frequency in comparison with other partners."

Speaking of funny, let's close with that Louie CK clip. Keep speaking the orgasmic truth, Louie, we have some changes to make!

More like this
7 Women Share Their Best Orgasm Stories
By Lexi Inks
The Best Time To Date After A Breakup, According To Experts
By Bustle Editors
Are Quality Time & Physical Touch Love Languages Compatible?
By Lexi Inks
20 Things You Should Never Tolerate In A Relationship
By Rachel Sanoff and Kathleen Ferraro
Get Even More From Bustle — Sign Up For The Newsletter