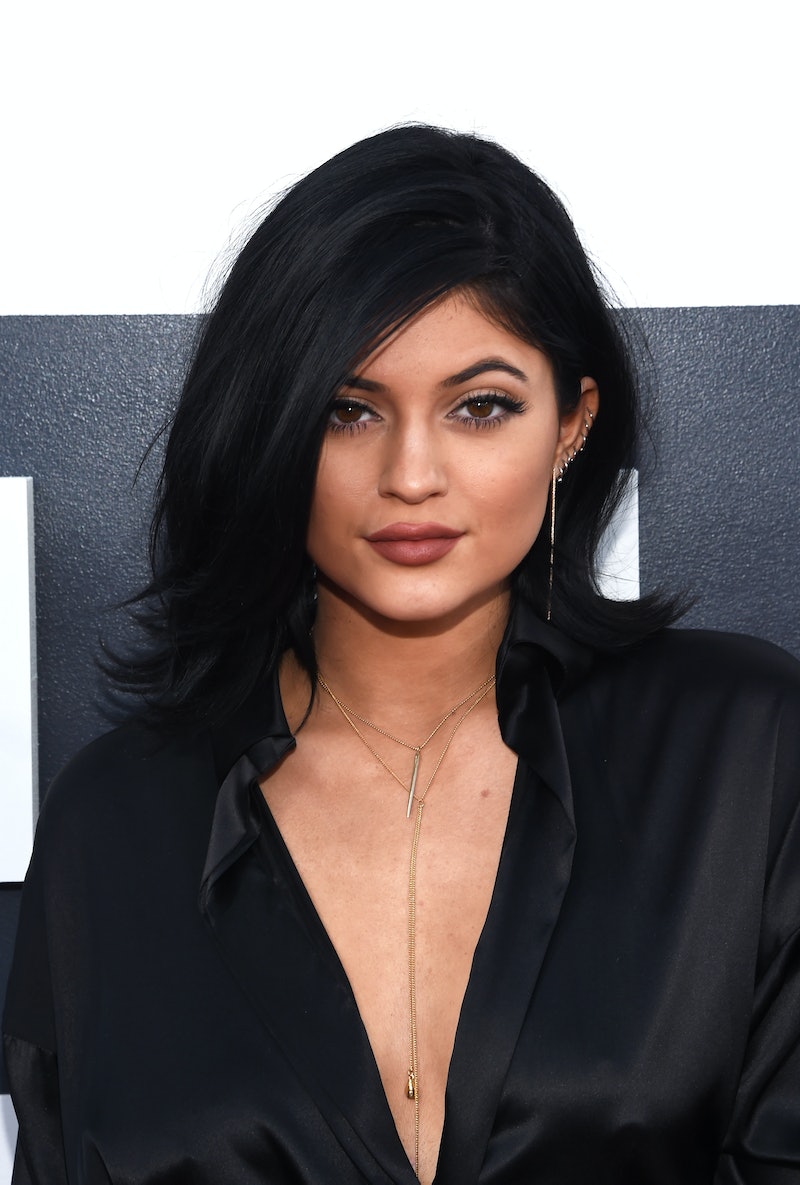 Kylie Jenner is known for her edgy, sexy style because she dresses that way day in and day out, regardless of the occasion. Apparently dressing for an after party was no different than dressing for a day grocery shopping, because Kylie Jenner wore shorts and a crop top to a Met Gala after party hosted by Rihanna and took the term "dressing down" to a whole new level.

She wore a black mesh Moschino top with a black bra underneath, black body-hugging shorts underneath a pair of barely there denim cut-offs (emphasis on the words "barely there") and a pair of black pointy-toe heels. Yep, sounds like a typical Kylie Jenner ensemble to me. She’s not changing for anyone — not even for an event like the Met Gala.

A lot of celebs came to the after parties “dressed down" a bit, because one can imagine that their decadent red carpet ensembles would be difficult to truly get down in once the big Gala was over. But the youngest Jenner looked as though she could have come straight from the mall. Come on, girl.

This outfit was a bit of a hot mess, but it also exemplifies why we've gotta love Kylie. She’s all about staying true to herself, no matter what. And when posing alongside her famous friends, she doesn't even really stand out all that much. They seem like they’re all kind of doing the dress down thing, too. After all, who can afford to be weighed down by heavy fabrics and embroidery during the wee hours of the morning?

Take a look at her Met Gala after party look (or lack there of) here: