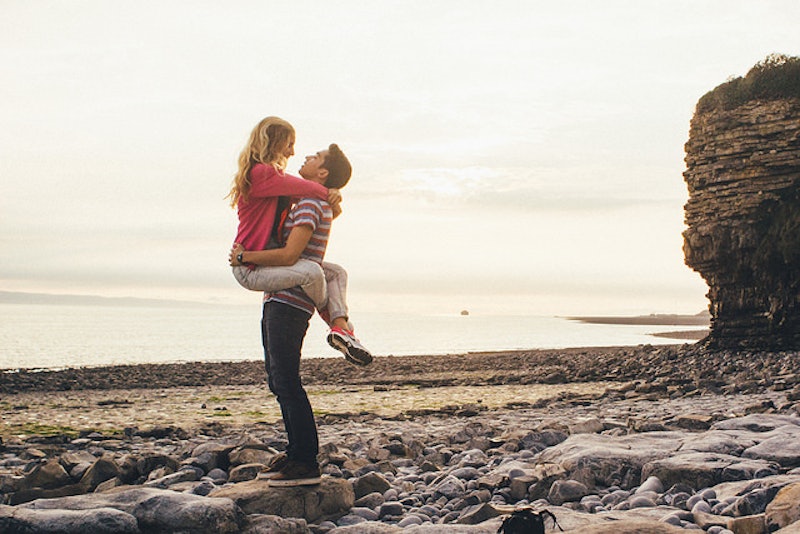 Millennials are many things. They’re over-sharers, experts in the selfie, socially aware, and are more open to the idea of premarital sex than any generation before them. One would imagine that this thinking would make for a resurgence of the 60s and 70s “Free Love” mindset where marriage and monogamy were rejected and getting it on wherever, whenever, and with whomever was just how things happened, but it does not. According to a new study out this week, Millennials have far less sexual partners than their parents ever did.

The study found that overall acceptance of premarital sex has been on the rise for the past few decades. While premarital sex was only deemed OK by 28 percent in 1972, 38 percent in 1978, and 41 percent in 1982, in 2012, more than half were of the mindset that there’s nothing wrong with being sexually active before tying the knot. But while that may be the case, Millennials, perhaps because they’re more responsible than their parents’ generation, are keeping their sexual partner count on the low side.

Although those born in the 50s and 60s had an average of 11 sexual partners in their adult life, Millennials have an average number of eight. Not that someone’s number has any bearing on them whatsoever, it does sort of make you wonder exactly what’s keeping this sexually open generation from sleeping around and trying out the flavors the world has to offer, no?

According to the study’s author, Jean Twenge, it’s not a moral high ground that keeps Millennials from racking up sexual partner numbers, but the fact that they are more aware of HIV and STIs than other generations. They may have been too young (or not born yet) to experience the AIDS scare of the 80s, but despite that, Millennials are very cautious, being even more safety-conscious than the generations before them.

In other words, for all the shit that “Generation Me” tends to get, they’re actually killing it in other ways, and one of those ways is STI awareness.

But while all this openness on the end of Millennials may be the case and they’re more likely to discuss sex with their parents than other generations (because we all know sex education in the schools is lacking so they have to go somewhere), Twenge wants those parents to be mindful of keeping their sex life to themselves. It’s one thing to have a frank discussion with your mom or dad about sex, but it’s another thing for them to start sharing the intimacies of their life. No kid needs to know about the time their mom had sex in the bathroom of Studio 54 with two guys, because “ew … gross … no … Mom.” That crosses a threshold even the most sexually open-minded Millennial can't stomach.