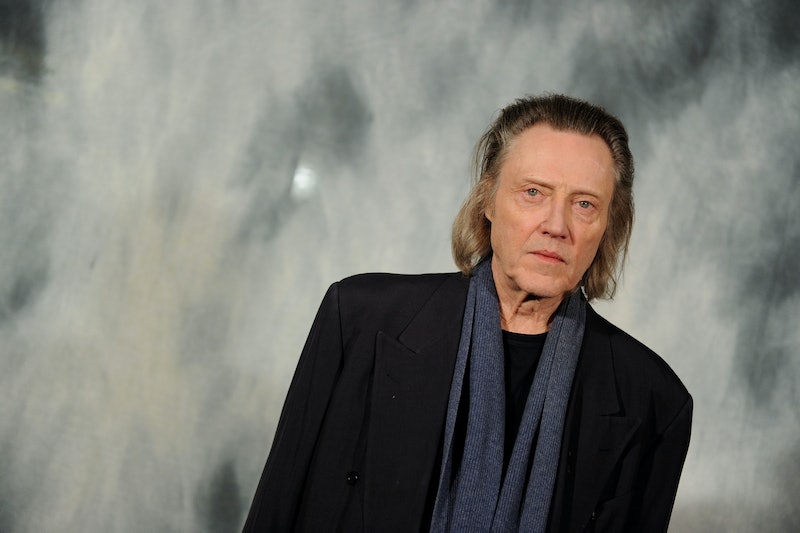 Christopher Walken has always been known for his eccentric acting choices and performances. The man has starred in everything from The Deer Hunter (for which he won an Academy Award for Best Actor in a Supporting Role) to Gigli and Balls of Fury. In his various films, he's played a vaguely Asian comedic supervillain, several protective fathers, and the Hessian Horsemen, proving that he'll take almost anything on, no matter the consequences. Now in his lead role in Rootie Tootie , he will play a disturbed jazz musician dealing with the death of his wife and the return of his son (Lenny Kravitz).

Rootie Tootie will be a home run like the classic Walken films Catch Me If You Can, True Romance, and The Dead Zone, or maybe instead a crazy, confusing B movie like Joe Dirt or Kangaroo Jack. Whether the film is crazy awesome or just plain crazy is not the point, however, because we're dealing with a man who can star in a film as good and moving as Catch Me If You Can in the same year as The Country Bears. Critical and box office highs and lows have come to define his career, like another one of our favorite actors, Nicholas Cage.

You may know Nicolas Cage as Ridiculous Cage, the oddball Oscar winner who stunned with performances in Moonlighting, Leaving Las Vegas, and Adaptation only to leave the citizens of the world collectively scratching their heads immediately afterwards with starring roles in Season of the Witch, Drive Angry, and the inexplicable adaptation of The Wicker Man. His hair is perpetually strange, and his interviews even stranger, which of course brings to mind Walken.

While we love both of our legendary weirdos to death, we think that with Christopher Walken's newest lineup of roles, which include Rootie Tootie, The Boom Boom Room (we know, the title already seems promising), Gods Behaving Badly (of course he plays Zeus), and Pinocchio, his odd choices are sounding more Nicholas Cage-y than even Mr. Ridiculous himself. Good, bad, ugly – who cares? The point of Cage and Walken films is that you never know what to expect, which is what we love most about them.