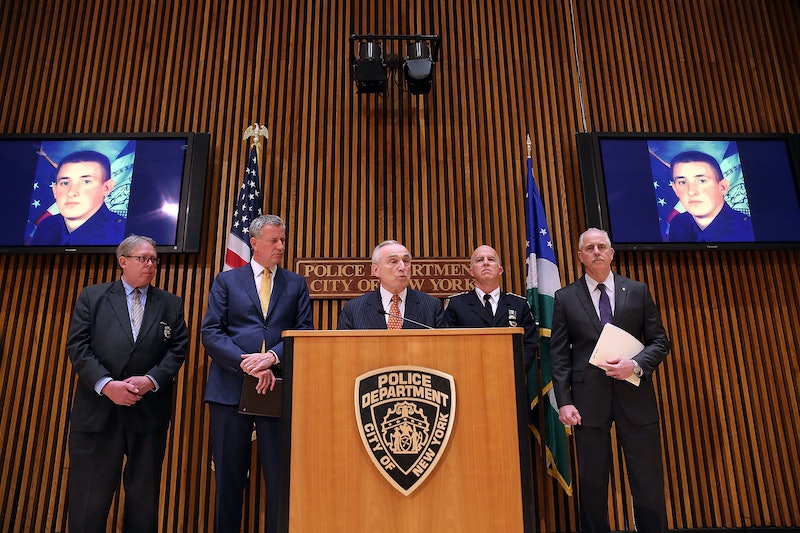 Just one day after officials announced that New York Police Department Officer Brian Moore died after being shot in the head while on duty, JetBlue announced Tuesday it would provide free flights to his funeral for all law enforcement, according to Newsweek. The funeral will be held at 11 a.m. Friday at St. James Roman Catholic Church in Seaford on Long Island, according to CBS News. New York Gov. Andrew Cuomo ordered all flags on state government buildings to be at half-staff until Moore's burial.

JetBlue has covered flights for officers in the past. In December, they also provided free airfare to the families of officers Wenjian Liu and Rafael Ramos, who were shot and killed in their police vehicle in Brooklyn, according to Newsweek. JetBlue also covered the fare of two police officers from each American law enforcement agency across the country should they want to support the fallen officers, according to TIME.

“We are honored to help now just as we have in the past,” a spokesman told Newsweek concerning Moore's funeral. “We have a long history of supporting public service professionals in our hometown of New York as well as the many other places JetBlue crewmembers live and work.”

Moore and partner Eric Jansen were shot at after trying to question a suspect who was fidgeting with what appeared to be a gun in his waistband, according to ABC News. The suspect allegedly shot Moore in the face when Moore and Jansen tried to question him about what he was hiding in his waistband. After Moore was shot, Jansen called for help and the suspect fled, prompting a manhunt across Queens, according to ABC.

The suspect was eventually found in an apartment close to the scene of the shooting. Demetrius Blackwell was originally charged with attempted murder, but the charges were upgraded to first-degree murder after Moore died, Queens District Attorney Richard Brown told ABC. If convicted, Blackwell will face life in prison without the possibility of parole. Blackwell did not enter a plea and was held without bond.

More than 100 officers showed up for Blackwell's arraignment on Sunday, according to The Washington Post. Moore was in a coma until Monday, when his family decided to remove him from life support. He was surrounded by family and fellow officers when he died, according to the Post.

At a press conference on Monday, Mayor Bill de Blasio said the "city is in mourning," and that it "lost one of New York City's finest," according to the Post. Police Commissioner Bill Bratton told CBS New York that though Moore had served on the force for less than 5 years, he had already "proved himself to be an exceptional young officer":