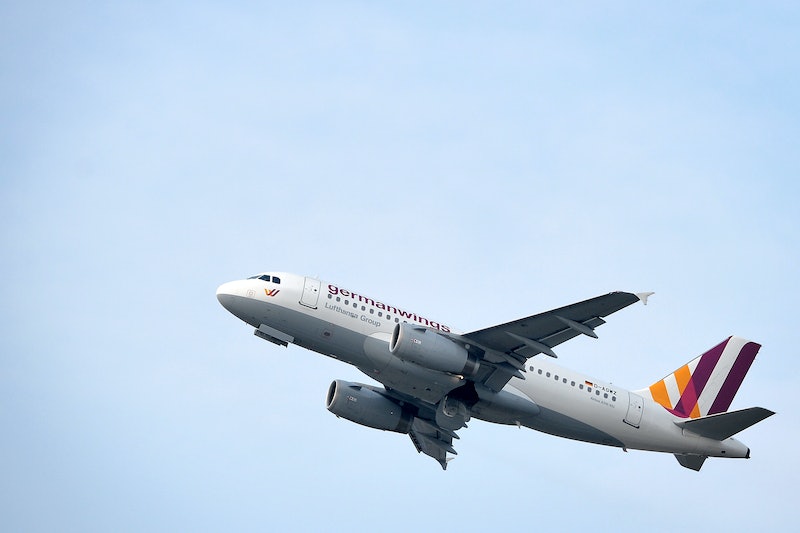 The French Civil Aviation Safety Investigation Authority (known as the BEA) released a preliminary report on Germanwings Flight 9525 and the fatal 10-minute-long descent that led the Airbus A320 into the side of a mountain in the French Alps, killing all 150 people on board. What French investigators discovered was startlingly eerie: Germanwings co-pilot Andreas Lubitz tried practicing that fatal descent on an earlier flight from Dusseldorf, Germany, to Barcelona. This newly released data collected by French investigators deepens the mystery of the deliberate crash, which still has no definitive motive other than what authorities believe was a presumably suicidal pilot.

According to the preliminary report, Lubitz was on reserve the day before, having been called in to do a "ferry flight" from Dusseldorf to Berlin-Tegel. He returned to Dusseldorf later that day as a passenger on a different plane.

Lubitz then flew the Airbus A320 the morning of March 24 from Dusseldorf to Barcelona — the first leg of that day's journey. That flight departed the north Germany airport around 6:00 a.m. local time, and landed in Barcelona at 7:57 local time there.

Now, investigators are wondering if what Lubitz did on that outbound flight was a rehearsal of sorts for the fatal return trip from Barcelona to Dusseldorf — or if the co-pilot, who had a history of depression, initially wanted to crash the plane on his first trip of the day. "Several altitude selections towards 100 ft were recorded during descent on the flight that preceded the accident flight, while the co-pilot was alone in the cockpit," investigators concluded in its initial findings.

Investigators said that the pilot on the first flight left the cockpit for about 4 1/2 minutes. Shortly after he left, the flight data recorder noted the plane's altitude was changed from its cruising altitude of 37,000 feet to 350 feet, then just 100 feet. The plane's altitude change only lasted three seconds before being manually normalized.

However, investigators noted that Lubitz altered the plane's altitude to 100 feet several times during this 4 1/2-minute period, even after flight control gave the plane the go-ahead to begin a descent to 21,000 feet. The report states: "From 7 h 22 min 27, the selected altitude was 100 feet most of the time and changed several times until it stabilized at 25,000 ft at 7 h 24 min 13."

When the pilot returned to the cockpit, Lubitz stopped changing the descent altitude. The voice cockpit recorder could hear the cockpit access buzzer sound at 7:24 a.m., and the pilot was let back in just about 10 seconds later.

Germanwings flights to Barcelona from Dusseldorf are relatively short, just lasting about 1 hour and 45 minutes, according to live flight-tracking system FlightAware.com. Germanwings operates several of these flights multiple times a day.

It's unclear at this time how many people were on the outbound flight to Barcelona from Dusseldorf the morning of March 24. The Airbus A320 can typically seat up to 150 passengers in a two-class cabin arrangement, or up to 180 passengers in a high-volume layout.