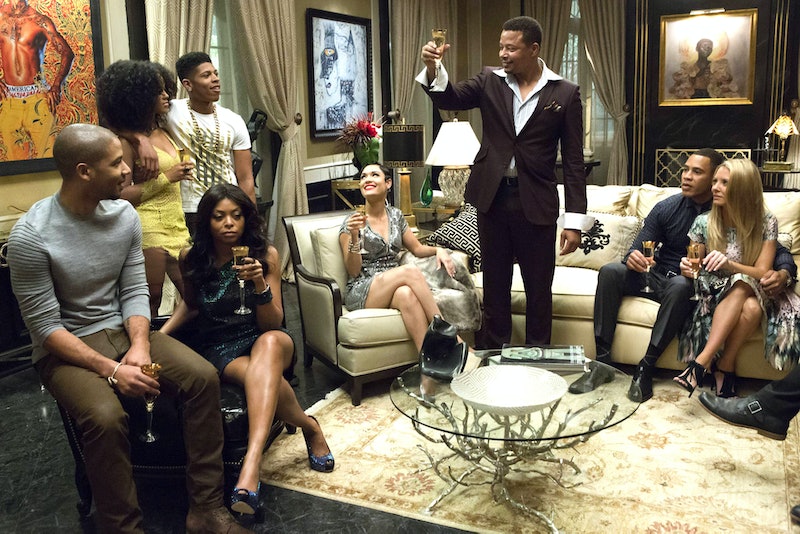 I've said this before but I'll say it again: Cookie is the glue that holds Empire together. I mean, yeah, technically she just holds the Lyon family together, but think about it: Empire would literally be in shambles without her. Prior to her release from prison, it was quite clear that Lucious was on the verge of destroying his family and taking the company down along with them. Luckily he was never given that opportunity. Instead, Cookie swooped in and called him out on his antics — had she not been there, who knows what would have happened! Plus, Cookie's reemergence into society didn't just affect the lives of her ex-husband and three sons, her presence was far-reaching extending well beyond the lives of the Lyons.

Academy Award-nominee Taraji P. Henson's portrayal of Cookie is so flawlessly impeccable that it's almost difficult to imagine worshiping any other characters on Empire. Though we all love other characters, of course (sweet, sweet Jamal, for instance), no one comes close to being as memorable as Cookie. She even makes other characters (*cough* Lucious *cough*) more likable, in her own ways: Of course, there are characters on the show that will probably never get into our good graces — I doubt anyone will miss Vernon's snide remarks or Kid Fo-Fo misogynist mentality — but, some characters that have grown on us at one point or another because, any friend of Cookie's is a friend of ours.

My disdain for Lucious hasn't always been so feral. He's had his softer moments throughout Empire's first season; mostly during his nostalgic moments with Cookie and his interactions with his sons. When Lucious showed his tender side to Cookie, he made it obvious that he wasn't always such a such a monster — and Cookie's love for her ex-husband certainly made him more tolerable. Sometimes.

Despite her sometimes ditzy nature, Porsha proved her loyalty to Cookie when she rejected Anika's offer of employment. Porsha is also known for blurting out whatever comes to her head, and who can be mad at her when her outbursts bring so much humor to the show? Cookie obviously puts a lot of trust in Porsha, so perhaps we should as well.

When we are first introduced to Hakeem, it's apparent that he's a spoiled brat with a chip on his shoulder. He and Cookie's relationship also doesn't get off on the best foot — but, luckily, Hakeem works to get over his mommy issues, and eventually bonds with Cookie. She never gave up him, which meant we couldn't either.

I was just as shocked as the next person when Lucious shot Bunkie in cold blood. Lucious' former best friend was annoying and problematic, but he certainly didn't deserve to die. Though Bunkie's presence on Empire was short-lived, he is still missed — after all, he was probably the only person on earth bold enough to try and extort money from Lucious. He was also Cookie's cousin, whom she and her sons loved dearly.

The eldest Lyon brother has a lot going on: From his scheming and Fifty Shades-esque antics with his wife Rhonda to his manic episodes, it's been rather difficult to get a clear picture of who Andre Lyon really is. His desire to take the lead as head of Empire Entertainment has also been distressing to watch — he gleefully pit his brothers against one another! Still, Cookie hasn't given up on her eldest son, and its obvious that she still takes pride in his accomplishments. If Cookie hasn't given up on Andre, then we shouldn't either.

After her faux relationship with Hakeem imploded, Tiana seemed to disappear from Empire altogether. I was a bit surprised, though, because with Cookie's help, Tiana certainly could have had a bigger presence on the show. Prior to Cookie taking interest in her career, Tiana was fairly boring — however, after learning about her ambitions, she became much more intriguing to me. She definitely needs to be in Season 2, her character would be a fantastic voice against sexism and LGTBQ issues in the music industry.

When Empire Entertainment's musical talent Elle Davis was introduced, I honestly rolled my eyes. She seemed quite typical of has-been entertainers who try desperately to hang on to their former glory. Still, Cookie saw Elle as the huge megastar that she used to be — and, eventually, I warmed up to her because it. I felt especially terrible when Anika sabotaged her big comeback and Cookie dismissed her once and for all.