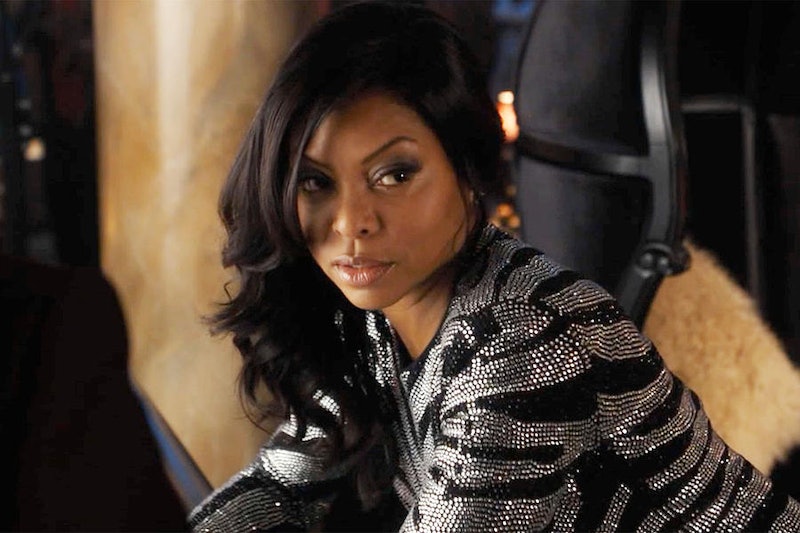 If it's not yet clear to you, then I will go ahead and just say it. Empire would not be the success that it is without Taraji P. Henson as Cookie Lyon. A self-proclaimed Cookiemonster, I live for the ballsy fashionista and her antics. From the moment she was released from prison, Cookie's reintroduction to the free world has not been easy. Her family isn't quite as welcoming as she would have liked. She's had to work desperately to build a relationship with her spoiled youngest son Hakeem, and, upon her return home, her cousin Bunkie is murdered — by her ex-husband. Though her work ethic is unmatched, she's had to prove time and time again that she has what it takes to manage super-talented musical artist.

Cookie's work and family-life weren't her only problems during Empire's first season. Her efforts to establish a stable romantic relationship also proved quite challenging. Though Cookie and her ex-husband Lucious have some nostalgic encounters, she soon discovers that he is no longer the man that she was once married to. Still, Cookie is resilient, and she finds herself in a steamy relationship with Empire's head of security, Malcolm.

Cookie had a number of personal highs and lows in the first season of Empire, with numerous zingy one-liners to match. Here are seven things we hope to see happen to her during the second season of the series.

After Lucious decides to leave the company to Jamal, Cookie and her middle son's previously close relationship seems to be shattered. From the pilot episode of the series, Cookie and Jamal always had deep connection. I'd definitely like to see that reestablished.

With Lucious in jail, Malcolm's termination seems pretty null and void to me. There is no longer any need for Malcolm to move to DC for a new position. Instead, he could stay on as the head of security at Empire, and he and Cookie could continue their sultry relationship.

We already saw Cookie in grandma mode when she rocked baby Lola to sleep. Even though we now know that Jamal isn't Lola's father, we may not have seen the last of Grandma Cookie. Her eldest son Andre and his wife Rhonda are expecting their own bundle of joy.

Fun Fact: Cookie's given name is Loretha. I really want someone to call her Loretha just to see her reaction. (A selfish wish I know.)

One of the saddest moments on Empire, was the flashback of Lucious taking the boys to visit Cookie in prison for the last time. He has Jamal tell her that it's the last time she will be seeing them for awhile. I was horrified! He didn't even have the balls to tell her himself. Perhaps I'm a bit petty, but I think it would be so satisfying to see the tables turned. Lucious is finally locked up for all of his wrong-doings, and Cookie is free. Their jail visits would be legendary.

We all know that Cookie and Anika haven't always played nicely together. However, the past is the past. They both helped make Empire the success that it is, and, though Jamal has currently taken the reigns of the company, no one wants to see it succeed like both of these women. Anika is in the perfect position to take down Creedmoor from the inside, and Cookie's ambition and musical knowledge are unmatched. Cookie and Anika together would be a huge slap in the face to Lucious. (Hopefully, if this does happen, Cookie never finds out that Anika and Hakeem slept together.)

There are tons of rumors about Season 2 guest stars on Empire. However, the rumored guest star that I'd be most excited about seeing is Denzel Washington as Cookie's father. We've already met Cookie's sister Carol, but seeing her parents would give us amazing insight into who she is as a person.