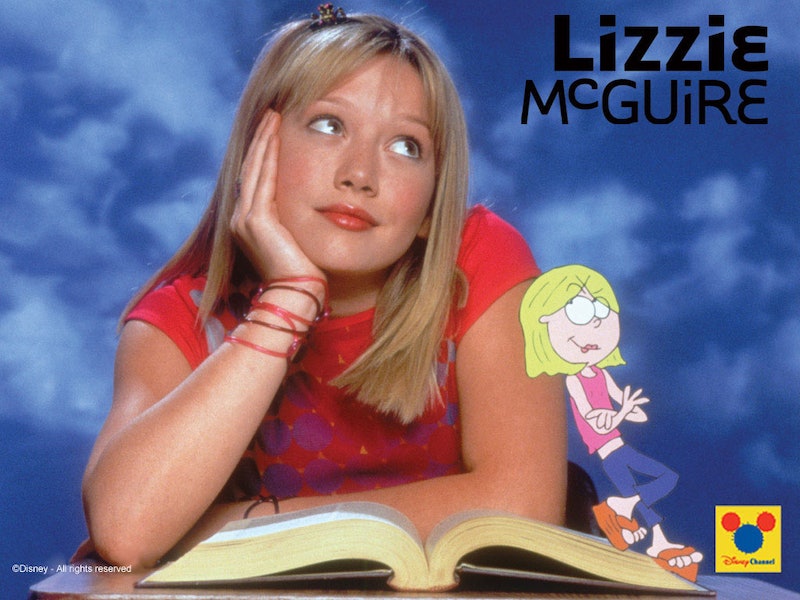 Lizzie McGuire might have been an outfit repeater, but she was the queen of our hearts. (And nothing's wrong with repeating an outfit, so there!) She was the everywoman of middle schoolers everywhere — just like all of us at the time, all she wanted to do was get through middle school in one piece with her two best friends at her side. Through all the butterfly hair clips, neon hair extensions, crazy ensembles, and Aaron Carter music videos, we were there for Lizzie — and in turn, she — along with her cartoon conscience — was there for us. Whatever role models kids have on their television screens these days, I know they're no Elizabeth Brooke "Lizzie" McGuire, because no one could ever be. And since the time of nostalgia is at an all-time high, I know you're with me in wondering: is Lizzie McGuire on Netflix and available to stream?

Unfortunately, the answer is just as simple as the question itself: And I don't mean to break your tween heart, but no, it is not.

I know — this is devastating news. The world needs Lizzie! The show ran from 2001 to 2004 with only 65 episodes, but each was a special gift that's worth revisiting even now, over a decade after we all went through those harrowing tween years with Lizzie as our guiding light. But, unfortunately, it's true: Lizzie McGuire is not available on Netflix Instant.

It's a shame, hugely so — and that's all the more indicated by some of the best and most iconic moments from the show: The Season 2 episode "Inner Beauty" is one instance of this. If you don't recall, it's the one where the trio makes a music video to cheer Miranda up when she gets really self-conscious and begins to show troubling signs of developing an unhealthy relationship with food. Or, what about the Season 1 episode, "I Do, I Don't," where Lizzie and co. get paired up in Social Studies class with the assignment of having pretend marriages to see whose would be most successful? Or, what about all the episodes when Gordo was so in love with Lizzie that he treated her like a queen, but never tried to pressure her into anything because he's not one of those guys who moans about being "friendzoned," aka every single episode of the show?! Lizzie McGuire was such a gift.

Disney does offer some content on Netflix — like most of their classic animated films — but sadly, Lizzie McGuire is not one of the options to stream.

Right now, your only options to watch the show is to buy the DVDs — which, though definitely worth it, is not enough for a show as amazing as this. Cast members Hilary Duff, Lalaine, and Jake Thomas already had a mini-reunion — there's no better time than the present for this show to make it to instant streaming for our binge-watching pleasure!

More like this
Shania Twain Replaced Brad Pitt’s Name In “That Don’t Impress Me Much” At The PCAs
By Jake Viswanath
You’ve Been Singing The Wrong Lyrics To “All I Want For Christmas Is You”
By Sam Ramsden
These 'Law & Order: SVU' Throwback Pics Show 23 Years Of Shipping History
By Grace Wehniainen
Kim Cattrall Had A 'Sex And The City' Reunion With Creator Darren Star
By Grace Wehniainen
Get Even More From Bustle — Sign Up For The Newsletter