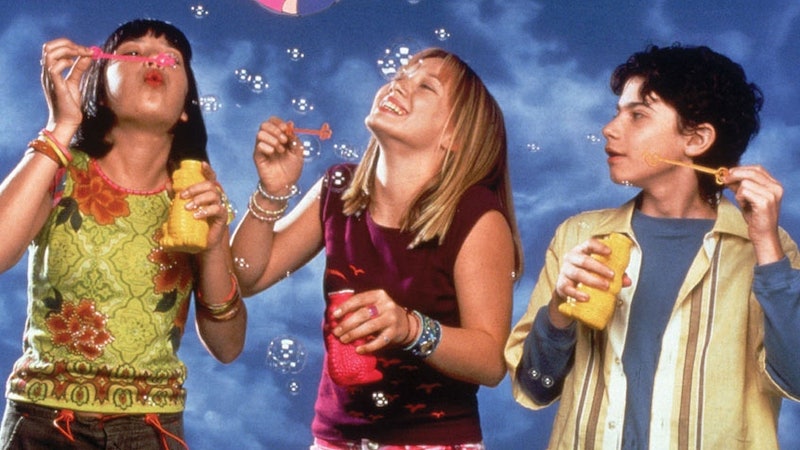 Growing up in the early '00s, there were two things that I was always sure of — Lizzie McGuire was amazing, and Hilary Duff was a flawless pop princess. Fast forward a few years later, and not much has changed: Duff is still making remarkably catchy tunes (like, have you heard her new single "Sparks" yet?), and, as for Lizzie McGuire , the show still reigns as one of Disney Channel's most popular series ever. Not only was the show super close to my heart when I was younger, but so were the characters that it portrayed.

One thing that made Lizzie McGuire stand a part from all the other Disney Channel shows (past and present) was how it was incredibly relatable to its audience: young teenage girls. It dealt with some major life lessons, like having a healthy body image and not giving in to peer pressure, but it also had some major fashion choices. Like, crimped hair and Claire's jewelry were must-haves during my middle school years, and Lizzie got that.

As much as I looked up to Lizzie (and Hilary Duff, of course) not all my friends agreed on our favorite characters. Each of us had our own for different reasons — mostly because they were the people we related to the most. Even today, my friends and I have arguments about who would be who, because honestly your favorite Lizzie McGuire character says a lot about who you are.

So you're a little socially awkward at times, but you make up for it with your big heart. You are an honest person, and you always do the right thing — even when it's not the "cool" thing to do. People admire that, even though they may not always show it.

Since you have a unique personality, you've never been one to care what people think of you. You are a super loyal friend which means you always have your nearest and dearest's backs — and you have absolutely no problem telling people off when they do wrong by your BFF.

You are extremely hard working all the time, and whenever you put your mind to it, there is nothing you can't achieve. Even though you are super smart (some may even say a genius), you still get a little insecure at times — because really, who doesn't?

People know you as being a trendsetter. Sometimes, people get jealous because they think everything comes so naturally for you — but the reality is that you work hard for what you get. You're a confident person, which can sometimes be construed as being rude. But, you know... haters gonna hate.

Just because you like sports doesn't mean your whole identity is being a jock. You have other friends, and you get along with almost anyone. You have an easy going personality, which draws people in.

Mischievous is your middle name. You like to stir up some trouble, but it's all in good fun. You know how to have a good time, but you are also a really good friend when you need to be.