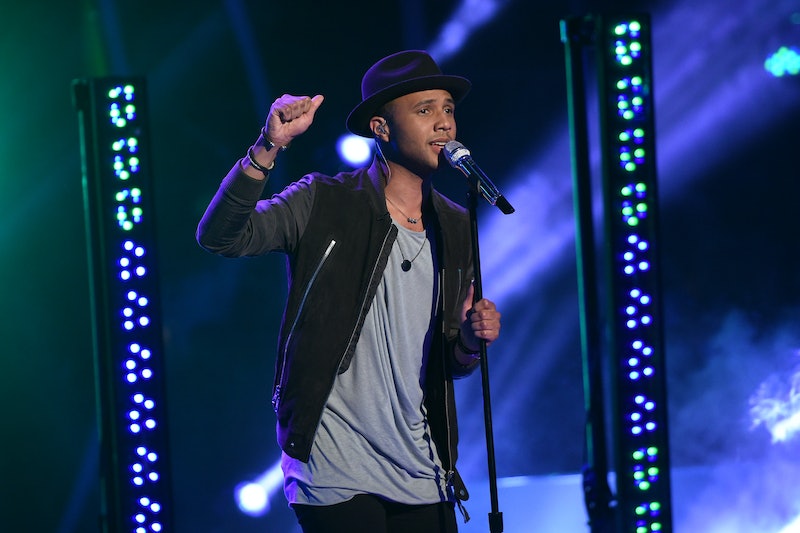 It hasn't been an easy journey for American Idol contestant Rayvon Owen, age 23, but it's been a pretty amazing one. By some miracle, he is still in the game after being in the bottom two FIVE times. He's clearly one of America's favorites — even though they've put him in the bottom every week they've always managed to save him. The first song the contestants must sing tonight is a pick by Scott Borchetta. For Owen, this was Jason DeRulo's "Want to Want Me." Though Owen usually gets on the stage and blows the audience away, he failed to impress this week. This left me wondering — does Borchetta want him gone?

Borchetta holds more power than usual this week. He can make the contestants sing literally whatever he wants them to sing — he could've assigned "Happy Birthday" to Owen if he really wanted to. While that would've been a little obvious, he definitely can manipulate the results by playing up some artist's strengths and challenging other artists. Borchetta definitely challenged Owen — and not in a good way. The song was way out of his range and forced him to hit notes that he can't hit. He definitely tried — I'll give him that — but it wasn't one of his best performances.

This week is really crucial in deciding who will win the title. Though Borchetta isn't the only outside force choosing songs this week, his pick is definitely important. He knows who he wants to win — it is his label they will be signed to after all. Choosing the wrong song for an artist isn't a complete sabotage, but it's definitely going to effect their results — especially when they're already singing to survive to begin with. Owen will have to fight if he wants to stay in the competition after tonight. He's proven that he can do it, but his luck may have run out — we probably won't see him in the Top 3.