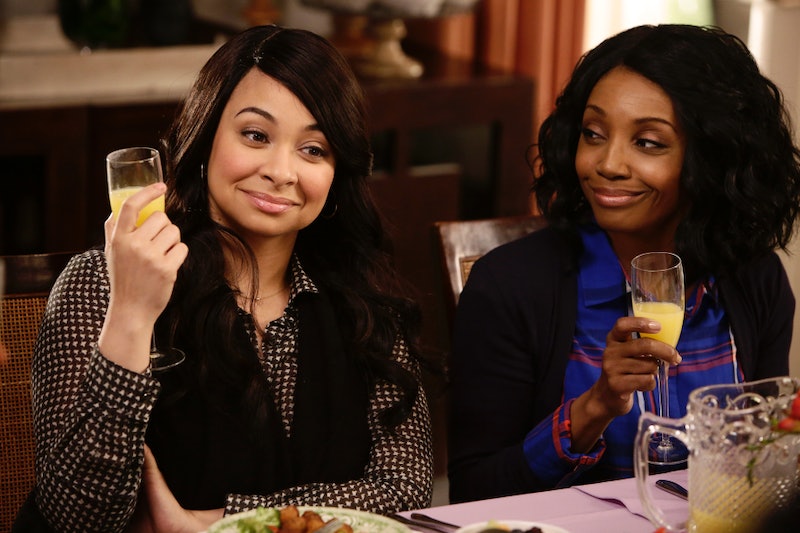 I've always kind of imagined that Dre would be an only child, but black-ish had a different idea, when Raven Symone played Dre's gay sister on the latest episode, one of the last few left in the season. And even though some of the jokes were just OK, and it descended into sentimentality at the end, it played pretty close to a fantasy version of how it would be awesome if everyone could get up to speed and realize that gay people need to be loved just as much as anyone else, and that love isn't a finite thing that can only be parceled out in little bits between siblings. But where the episode begins rung out as a disappointingly plausible scenario: rather than Rhonda keeping her orientation a secret, it's more of an open secret... when she's around, the whole family mutually agrees not to talk about sex and relationships, even though that's gotten more difficult over the years.

Now, Rhonda's in a serious relationship, so it's hard to continue treating things with a "don't ask, don't tell" policy, especially once Bow, who's never met a problem she doesn't want to talk through, gets involved. Bow gets to play the audience surrogate in a lot of ways in this episode, from how she just assumes talking about stuff automatically makes things better (not right away), how she can sometimes make her own assumptions (so all lesbians like beer, hunh?!), and how she can be so pushy that she doesn't think things through, like forcing Dre, Rhonda, and Ruby to have this conversation in the middle of a family brunch.

What I really appreciated about the episode is how it made an effort to show that Rhonda had some growing up to do too — staying in the closet, no matter how unofficially, was putting a strain on her relationship with Sharon. It's already spawned its own Buzzfeed list: "27 Times This Episode Of black-ish Was Way Too Real."

The entendre-heavy conversations are not just because they're siblings with their own language, but because in the community where they grew up (which is repeatedly mentioned in the show as Compton), there were reasons to keep things like this private. Dre loves his sister, but not only is he kind of a prude, but then it's easier to deal with the way, say, his mom, Ruby, might react. And those fears turn out to be justified, because Ruby is intensely homophobic. Granted, because it's a sitcom of course by the end of the episode Ruby has come around and started to talk about it. In real life, that realization often takes a really long time or, sadly, never happens. But I have to admit, black-ish has surprised me with its willingness to even bring up these topics in a sitcom. Renew this show, OK, ABC?