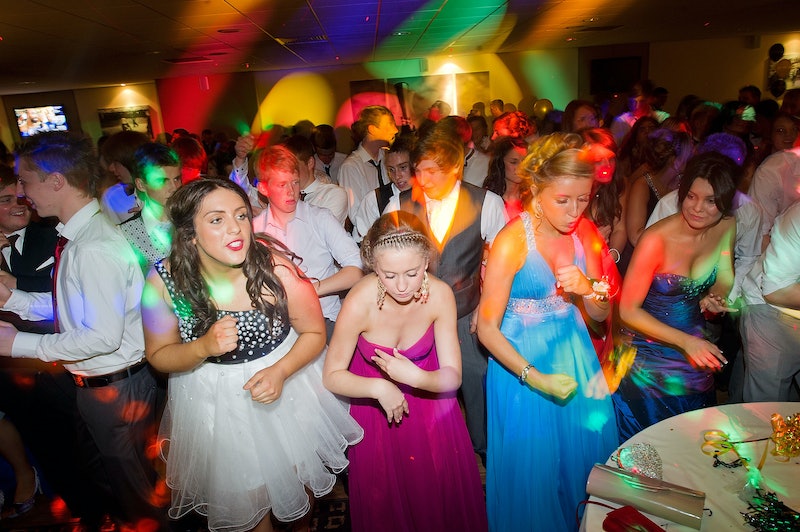 To me, an outsider who might also be considered an Old Person™, prom seems like a pretty antiquated concept and practice. Turns out, that hunch is far from the truth: The tradition is more popular than ever, with teenage pressures piling thanks to the growing popularity of elaborate promposals and the very real shot to take your high school memories and make them viral. It's like everyone forgot going to prom alone is an option—except this 17-year-old. This girl's prom date stood her up last-minute, but she WORKED it regardless and is basically a #SlayGoal for us all.

I kind of hate surprises, especially when they mean that I have to hustle at the homestretch to make something happen I'd originally accepted someone else would handle. That's a lot of stress to drop when the clock is ticking. However, high school senior Zea (fake name to protect a minor) didn't let her date's fail ruin this glamorous evening. Unfortunately, this dude she'd planned to go with didn't tell her about his lack of community service hours, which is a necessity at Saint Joseph High School in order to attend prom. He revealed the truth without a lot of notice, but instead of freaking out, Zea bought her own ticket, donned a dazzling aqua gown, and rocked the pre-prom photo shoot without his poor-planning ass. Check out this amazing shot:

BOW DOWN. Seriously. That gaze is intimidating as all heck. Zea's date probably just couldn't handle that kind of boss, in which case she is FAR better off without him. Plus again, he's bad at planning. I don't like that. Anyway, even though Zea felt a little weird going stag to prom, that quickly remedied when her gal pals offered to share dates.

This is so awesome. And the all-girls shots are PRESH.

Hell yeah, Zea. And hell yeah to this supportive group of friends. I'm sure she had an insanely memorable, awesome time—at least we know for certain she looked absolutely stunning and kept a good 'tude about it.