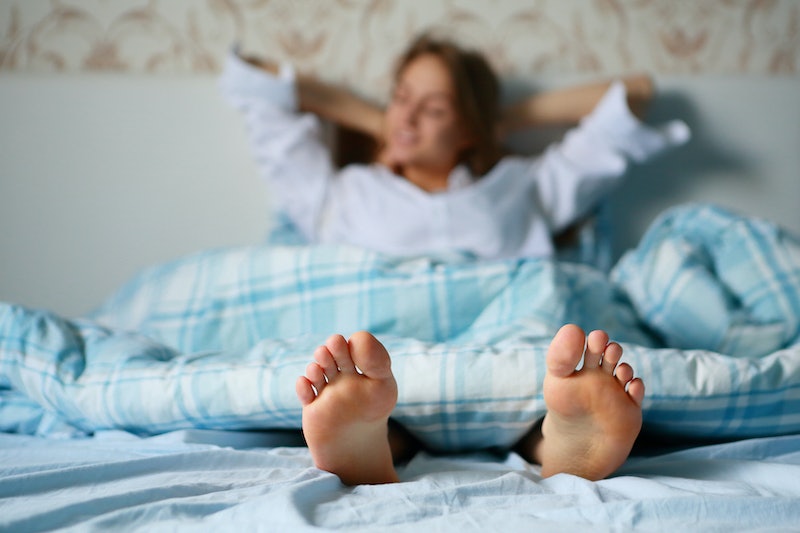 Dr. Tim Spector, professor of genetic epidemiology at King's College, London has found that menopause may not decrease a woman's sex drive we once thought, giving hope for sexual satisfaction and activity into old age. Time reported that after following a group of women for four years levels of sexual dysfunction remained constant from pre- to post-menopause, both at 22 to 23 percent.

This contradicts traditional views that menopause had a negative effect on women's sex drive. This viewpoint is based on the idea that hormones have a direct correlation to sexual appetite. Just as we find that the increase in hormones leads to a sex drive developing during puberty, the wane of hormones during menopause, and aging generally, was thought to lead to a decrease in sex drive. But these results shows this may be more myth than fact. “They suggest that menopause has been exaggerated as an excuse for everything.” Spector told Time.

Time reported that the biggest indicator on what your sex drive would look like after menopause was how your sexual state before menopause— if you were suffering with problems around arousal or orgasm before, you were more likely to continue to struggle at the end of the study. But this was not steadfast rule, meaning that some women's sex life actually improved over menopause. This is great news. As Spector said:

"What that says is that you are not necessarily stuck ... by modifying your life and attitudes about sexual desire you can change things sometimes surprisingly for the better, although you are getting older."

It's a reminder to everyone that is dealing with sexual dysfunction that they are not doomed and that no one factor of circumstance in a death sentence to your sexual fulfillment.

The full study can be found in The Journal of Sexual Medicine.