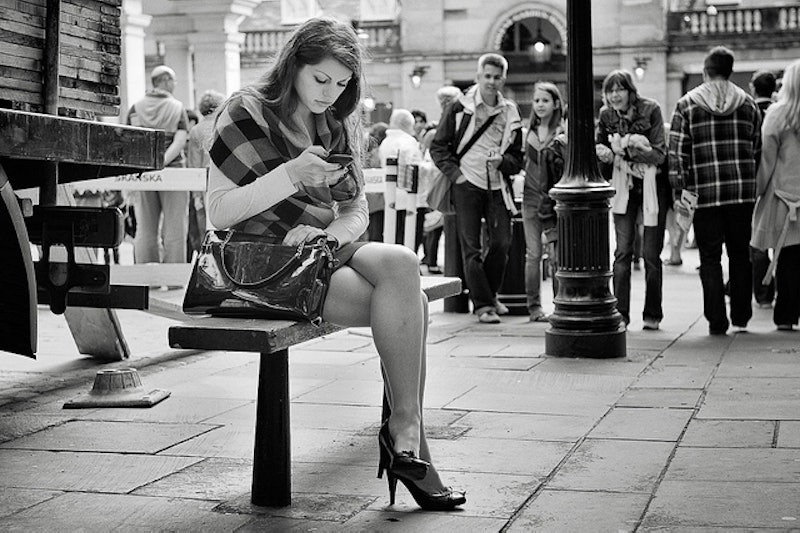 Over the past couple years, Tinder has become the go-to for people looking to either hookup or, in the rare occasion, find love. With a swipe to the right instead of the left, you could find yourself either out on a date or in bed with someone new and exciting. But, as a new study has found, you could actually, in those situations, be the other woman. According to a study by GlobalWebIndex, 40 percent of people on Tinder are already in relationships and 3 in 10 are actually married. Yes, married.

Matching as many as 26 million people every 24 hours with just a quick swipe to the right, Tinder has become one of the most popular dating apps out there. Being almost solely based on looks and very few descriptive words, you’re never really sure as to what you’re getting when you meet up with someone. But while you always run the risk of going home with a serial killer, even when you meet someone at a bar, Tinder appears to be the place where cheaters like to hang out best.

Since the men outnumber the women three to two on the app, it might be easy to dismiss this as guys just fulfilling the stereotype that they're all a bunch of cheaters, but that’s not the case on Tinder. In fact, in Tinder world, women are twice as likely to be cheaters than men.

But, hey, a little window-shopping never hurt anyone, right? As long as you don't touch the merchandise! And as the researchers of the study noted, people tend to think that the cyber version of them isn’t like the real version so it's all well and good!

As with any other online dating service, you really never know who’s on the other end. It could be some dude hoping for a place to send dick pics, a girl looking to score pizza, or as evidenced here, a married woman who maybe just wants someone besides her partner to tell her she’s effing hot for a change. As long as we all take what we see on Tinder with a grain of salt, then we'll all be fine. Swiping right doesn’t mean you always need to take it to the next level ― it could just be a compliment on someone’s pretty genes … or you realizing it's three days to payday and you could really use some free food.