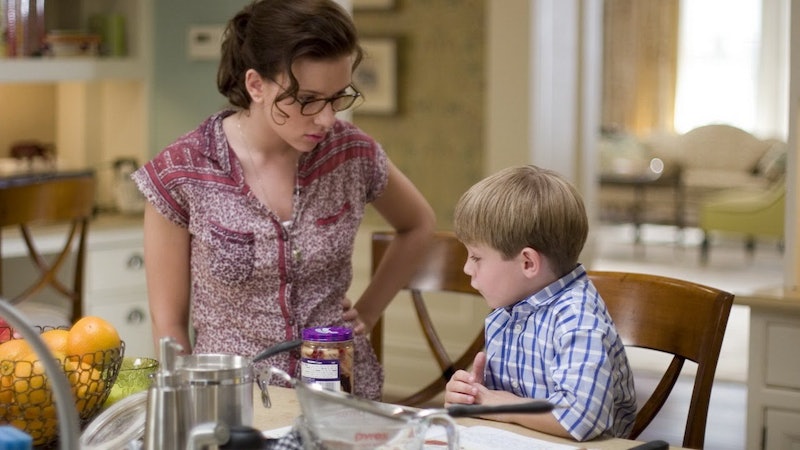 As I sat in my advisor’s office discussing my schedule for next semester and outlining my plan for my last two years of college, he asked the one question I’ve been dreading lately: “What are your plans for the summer?” I hesitated for a moment and sighed. “It’s sort of trivial,” I admitted. “But I actually nanny full time.”

I was surprised to see him jump to my own defense. “Don’t sell yourself short,” he said. “I know plenty of students who nanny in the summer. You have to make money, after all.” That was not the reaction I had expected. Ever since I'd entered college, it seemed like the importance of a summer internship was being drilled into my head left and right. Unfortunately, most of these internships are unpaid, and I’m one of many students who needs to actually make money during the summer. Plus, I honestly love my nannying job. Not only does the family pay me well, but after knowing the girls for four years, I’ve grown attached.

Since that meeting, my advisor’s words have really stuck with me. I didn’t have a summer internship, but I did have a job, and maybe I was selling myself short. After all, nannying has actually taught me a lot of valuable skills that can be applied to other jobs in the “real world,” whatever that means. Here are a few of the many professional skills it's taught me.

Children don’t wait for what they want. Instead, much like a boss, they demand instant gratification. On a daily basis, I find myself juggling multiple projects and needs. It is not unusual for me to be running around the house grabbing different toys or trying to make two completely different meals simultaneously.

Often, I even find myself performing these accomplishments single-handedly — literally. (It seems that no matter how old the youngest gets, she still wants me to carry her around just like I did when she was two.) If it isn’t the physical tasks that are stretching me thin, I’ve found that just being able to show each child an equal amount of attention is a form of multitasking. It's not so different from being able to give the paperwork at your desk an equal amount of attention as well.

Much like coworkers coming at a problem from different departments, it can be difficult to reason with a child who doesn’t always understand the rationale behind certain decisions. This inability to see eye to eye either with one another or with me usually results in a temper tantrum. While private temper tantrums can be handled with discipline, the ones that happen in public can be a bit trickier and require some creativity to stop as quickly as possible.

I’ve developed a bit of a system over the years to handle these, but sometimes, counting to ten, threatening to leave, or telling the parents about the bad behavior just doesn’t work. When all else fails, I’ve found that sometimes you just have to look the child straight in the eye and tell her that you’ll give her a cookie if she just stops crying.

Hey, don’t judge until you have chased a screaming four-year-old around the library all because her sister wouldn’t look at the fairy books with her. Part of negotiation is accepting when you just don’t have the upper hand and need to come to a compromise.

Children aren’t the best communicators — and, let’s be honest, neither are coworkers sometimes —which is why being able to mediate when conflict occurs is so important. Most of the arguments the girls get into tend to be the product of a misunderstanding, which is usually the case with adults in the workplace as well.

Although there are days when I simply tell them to work it out on their own, other times, I’m the one who has to sit them down and try to figure out what is going on. Usually, when these fights erupt, it’s because one sibling didn’t get her way or her feelings are hurt and she tries to solve the problem with physicality instead of words. So when one child pushes the other because she's angry, I find myself asking, “But, why were you angry?” Although I feel more like a therapist than a nanny in those moments, when I ask the right questions, the true conflict is usually revealed.

Problems will no doubt come up in the workplace. And when they do, they will need to be solved by a certain deadline, requiring the ability to stay calm under pressure. I, for one, am a Nervous Nelly who’s also incredibly indecisive, which is why I’m always impressed when my natural instincts kick in and my body springs into action without my brain’s consent. More often than not, this happens when I’m nannying.

One of the more extreme examples of this is from two summers ago, when one of the girls refused to wear her swimmies and then proceeded to jump into the pool within the blink of an eye. The girl went down like a log and without a second thought, I found myself jumping in the pool to save her. Variations of this incident seem to happen on a daily basis, but on a much smaller scale.

I have a job that allows me to be a kid again. While on the surface this may not seem like an applicable career skill, I would argue that no one wants to work with someone who is uptight and simply cannot let things go. Both personally and professionally, it’s important not to take yourself too seriously, because let’s face it, there will be times in the office when you are bound to mess up. Dwelling on those mistakes doesn’t solve them.

It can be easy in our competitive college bubble, where everyone is constantly planning their next career move, to feel inferior if you don’t have your dream internship just yet. But try to remind yourself that there’s nothing wrong with having a summer job. Even if you think it’s trivial, take a step back. You’ll probably realize that you have actually developed a lot of great life skills, some of which you can’t necessarily learn answering emails and making coffee runs. So don’t be afraid to put your summer job on your resume and if you’re still not convinced of its value, then hey, at least you’re getting paid.