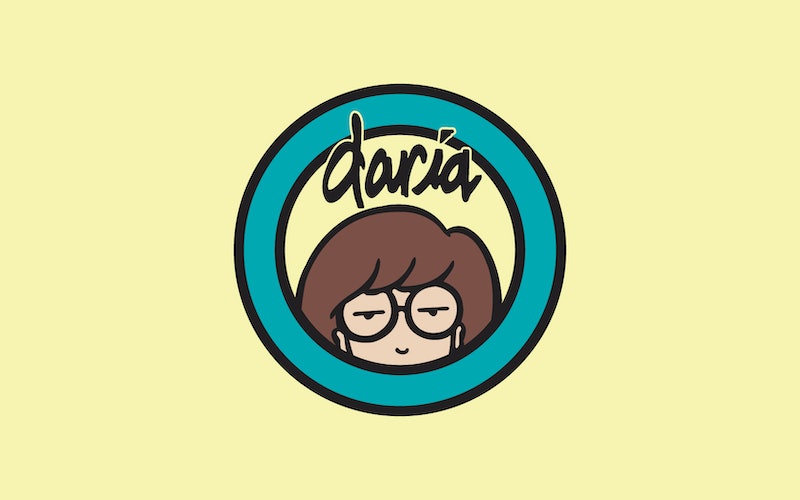 La, la la, this is my stop, got to get off... oh sorry, I was just lost in the world of Daria nostalgia where combat boots reigned supreme and Trent Lane was the hottest thing on the animated planet. Before throwing shade was even a thing, Daria Morgendorffer was the queen of it. She made being uncool "cool" and helped usher in the modern era of nerdy chic. Growing up, I was never one for all of those ooey-gooey family sitcoms. As far as I was concerned, shows like Full House were a bunch of nonsense, so finding Daria in my tween years was my sweet, sweet televised refuge for all of my angst and distrust of conformity. I was like, deep, you know? In any case, MTV's apathetic hero was whip smart and much more emotional than she let on. She was also in many strage ways, a total role model.

I recently sat down and re-watched the pilot episode which is aptly titled, "Esteemsters" and I was blown away by how many things I never picked up on when the show first aired...and how many things I've forgotten about this show and the golden age of MTV. Oh Singled Out, how I miss thee. Now, thanks to the powers of Hulu, Daria is and all of her shoulder shrugs are still available to reminisce and obsess over.

Here are seven things you probably missed or forgot from the pilot:

1. Daria's Gym Uniform Is On Point

I always remembered the delayed arm motion, but I never noticed that she's wearing a baggy tee while all of the other girls wear bright, tight shirts. Always the nonconformist, that one.

2. Daria & Quinn Were The New Kids

It just always felt like they've been at Lawndale High forever.

3. Daria and Quinn Are Totally Kat and Bianca

The two things I love most in this world, together.

4. Quinn Was Also Smarter Than We Remember

Especially when it came to dating. In the pilot she commented, "If he wants to go steady, he has to do better than movie, burger, backseat. Preach!

5. Daria and Jane Met in Self Esteem Class

If that's not the most deliciously dry thing in the world...I don't know what is.

When she overheard Quinn telling some dude in the hallway that she was an only child, you can see a totally pained look on Daria's face — be it sadness, annoyance, or otherwise.

There's a dude in self esteem class who wears a t-shirt for The Head, another animated MTV gem that I tooooootally forgot about.