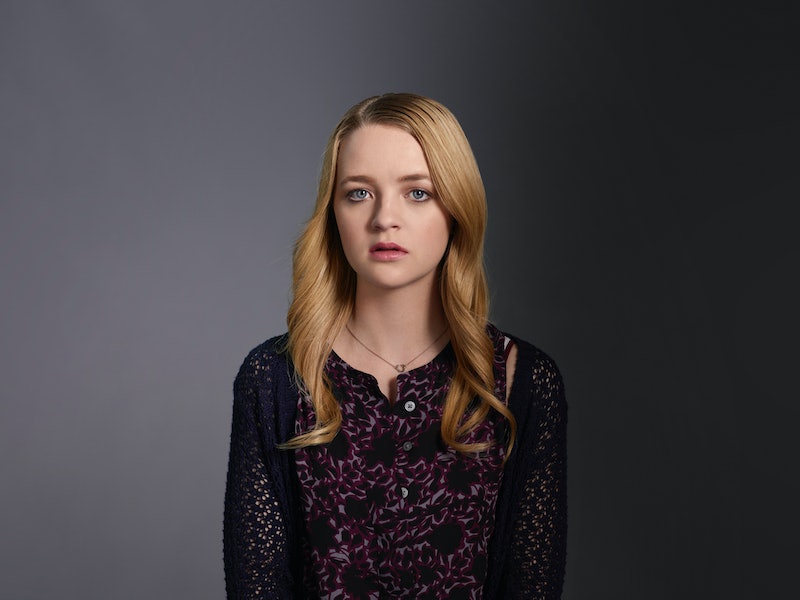 The studious, responsible twin sister of the often reckless Carter is acting not very, well, Taylor-like in Season 2 of Finding Carter, and it's kind of hard to blame her. Truth be told, it was only a matter of time before Taylor snapped: she found out that her sister's kidnapper is her biological mother, she broke up with her boyfriend after Max refused to stop hanging out with the criminal who almost killed him, and now she might be dependent on "study buddies," aka prescription drugs. Yep, Taylor is not having a very good month — and it might be worse. I think Taylor is pregnant on Finding Carter , adding even more concerns to her already enormous pile.

The possibility of the high schooler being pregnant was brought up in last week's episode "Stay With Me," when Taylor fainted shortly after "not studying" with her friend with benefits, Ofe. It was Ofe who deduced that Taylor might be pregnant, but Taylor shut him down, instead revealing that she stole his stash of prescription pills and has been taking them to cope with her stressful life. In the moment, it made sense, but what if that's not the only reason why Taylor fainted? I'm not totally convinced that a drug problem is the end of Taylor's troubles this year.

Taylor isn't exactly behaving like herself, and has been acting more and more recklessly. For one thing, she's spent considerable time hooking up with Ofe, despite knowing that he is head over heels for her, while she has no feelings for him. When Ofe asked her if she was pregnant, Taylor's immediate response wasn't "we used protection" or anything similar, it was pure denial. Taylor's been trying to deny her real feelings through her relationship with Ofe, and I wouldn't be surprised if, in the process, she also ignored some warning signs that maybe she was pregnant after all.

Taylor's been through a lot, but it does seem that she's taking everything that's happened with Lori a bit harder than expected. After all, this is the girl who has already been through the ringer — her sister was kidnapped, her boyfriend almost died of a gunshot wound, AND her mother was having an longterm affair with her best friend's dad. Taylor has gone off the deep end this season emotionally, and while it's totally naturally for her to be stressed about her life, it's also very un-Taylor of Taylor. Could she already know she's pregnant, and everything else just compounding her stress?

There's one more damning piece of evidence to consider. Before Season 2 started, the actress who plays Taylor, Anna Jacoby, gave Bustle some emoji spoilers for Finding Carter. Check out what she chose to represent Max and Taylor's storyline.

What else could that baby emoji possibly mean? Whether or not Taylor knows it yet, I think there's way more going on with her than we've seen so far. I just hope she gets the help and support she needs before things get even more intense.

More like this
Paapa Essiedu Likes To Keep His Relationship Pretty Private
By Maxine Harrison
John Mulaney & Olivia Munn's Relationship Timeline Features The Comedian's First Father's Day
By Jordyn Tilchen
Julie Andrews Revealed A Surprising Behind-The-Scenes 'Bridgerton' Detail
By Grace Wehniainen
Who Is 'Umbrella Academy' Star Elliot Page Dating After His Divorce?
By Jake Viswanath
Get Even More From Bustle — Sign Up For The Newsletter