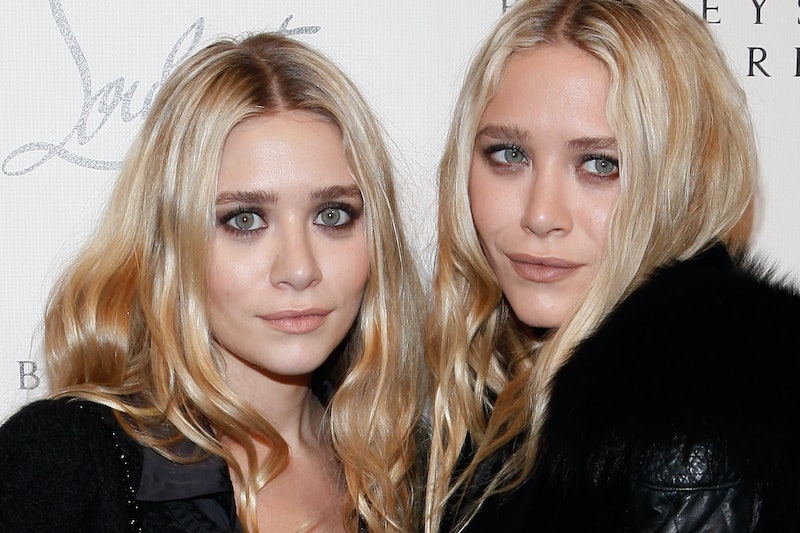 From waddling around with the gang of Full House as toddlers to starting their own fashion empire with The Row and Elizabeth and James at a young age, the Olsen twins have never disappointed on the style front. Mary-Kate and Ashley Olsen have evolved into major style icons over the years. They have the ability to adapt any trend with their own personal style and put a unique spin on each and every outfit. There's no mistaking an Olsen for someone else on the red carpet!

The Olsen Twins' style has changed many times since they split the role of Michelle Tanner on the beloved sitcom, and now that a Full House revival is in the works, I've been thinking about their sartorial evolution more than ever. Each twin has a similar style, but they manage to tweak their tastes in little ways to make each look their own.

Although the twins favor dark colors these days, they remain just as chic. Whether investigating mysteries together in their youth or living it up in New York, Mary-Kate and Ashley have always defined personal style. The two taught girls everywhere some important fashion tips over the years, and it's about time to celebrate all of their amazing styles.

The Olsen Twins first made a fashionable splash as Michelle Tanner on Full House and blossomed from there. Their colorful little outfits (see the rose-printed overalls above) were the epitome of '90s toddler style.

Even at a young age, Mary-Kate and Ashley had a strong grasp on personal style. In their iconic movies they always managed to create winning look no matter the time zone.

As the twins got older, they mastered early '00s trends like highlighted hair, clear lipgloss, bucket hats, and shearling collars.

Although the Olsen Twins are two very different people who often played total opposites in their movies, they've always been able to play off each other fashion-wise in ways that were interesting.

As the time came for them to stop solving mysteries and jet-setting, the Olsen twins' personal style matured. Although these brown and beige velvety blazers and layered necklaces aren't the most fashion-forward, they're definitely pretty grown up.

Although the Olsens aren't exactly known for adventurous beauty looks, they've definitely experimented with different makeup, including some pinkish-red lipstick and smokey eyes.

7. All About The Accessories

Probably one of my favorite times in the Olsen style evolution is when they began experimenting with cool accessories, from their signature Chanel glasses to wire rabbit ears. Of course, confidence is the most essential accessory, and with it the Olsens were able to pull off any new look that they tried.

As they got older, the Olsens ditched the bright '90s color scheme for dark, sophisticated colors. They began to refine their style and decided to work within a relatively limited palette that included rich navy and black as their fashion empire grew.

Today the twins are as prevalent as ever in the fashion world and they have their style transformation (and design empire) to thank for that. Throughout the years, they've committed to who they want to be style-wise and, with the ability to quickly adapt. These two won't be going dropping off the radar anytime soon.

More like this
Iris Law's Skunk Mullet Is Not For The Faint-Hearted
By Tomi Otekunrin
The Little Princess Trust Is Accepting Afro Hair Donations For The First Time
By Tomi Otekunrin
How To Master Baby Braids, According To TikTok
By Tomi Otekunrin
10 Nail Trends That Perfectly Capture The Early 2000s
By Paris Giles
Get Even More From Bustle — Sign Up For The Newsletter