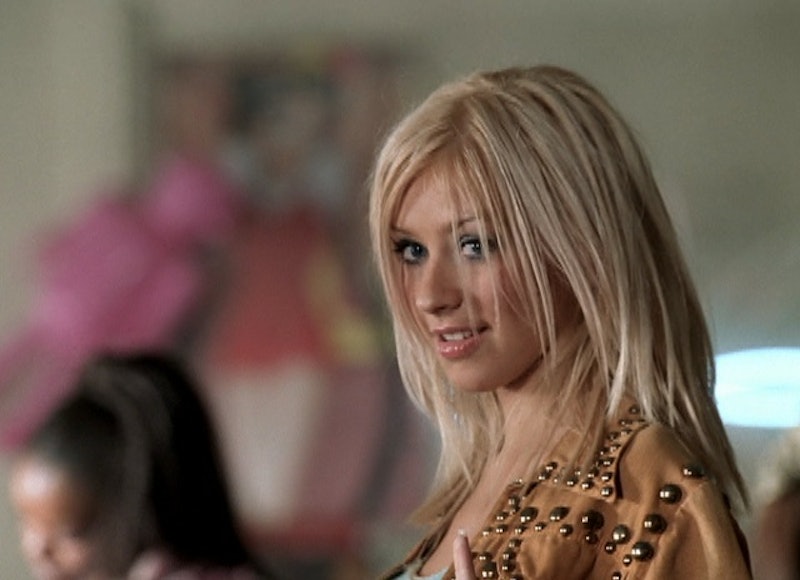 Of her extensive musical catalogue, one of my favorite Christina Aguilera songs is still “What A Girl Wants.” Judge all you want, but at 15 years old, Aguilera’s “give me what I deserve” anthem still gets plenty of time of my playlist. I loved the song even more once I saw the video, which is about as close as I’ll ever come to hanging out with no less than 30 of my closest friends (who all happen to be dancing machines) in a well-lit, clean loft decorated with the latest circus-chic accessories. And the choreography had me convinced that a dancing career was in my near future... until, well, it wasn’t.

Anyway, since the music video was released in 1999 (seriously, where has the time gone?), Aguilera’s become a mother of two, released several more albums and routinely doles out professional singing advice as a judge on The Voice. But true Christina Aguilera fans aren’t about to forget where she came from. After all, they’ve been with her since she was pitted against Britney Spears and all the other blonde bombshell pop stars from the early '00s. They stuck with her through her “Dirrty” phase, on up until she brought it “Back to the Basics.”

And if they’re anything like me, they won’t soon forget the awesomeness that came from her hip-hugging, crop top wearing days.

Let’s take a look at nine things you might have forgotten about the “What A Girl Wants” video:

The Guys Weren't Really In the Mood To Be Bothered

Ultimately, they didn't have much of a choice. Also, what is this gigantic house they all just happen to be hanging out in? Why is that basketball hoop so confusingly placed on the wall? WHAT IS HAPPENING?

Like, why is she dancing in a fur? That seems... uncomfortable?

This Creepy Clown Just Chillin' Like It's One Of The Guys

It's easily the scariest thing about this video.

Way before Arrow cast Routh as The Atom, he was the googly-eyed guy wearing the red T-shirt in Aguilera's video.

This Guy And His Dancing Toy

Strangely enough, the toy appears to be on the beat.

Another Girl Wearing A Fur

Her fur appears to be slightly more fashionable, but dancing up a storm in a huge coat still feels like cruel and unusual punishment.

The amount of times I practiced this move in the mirror shall remain a secret.

Although this scene didn't fit the overall theme (WHERE DID THE CONFUSING HOUSE GO?) it didn't cause me to enjoy the video any less.

Now, let's rewatch the video together, below: