The main event of The Real Housewives of Atlanta reunion/finale was NeNe Leakes' emotional walkout, but my biggest question now that the official season ended is: is Kandi Burruss pregnant? Andy Cohen got gleefully nosy by asking about Kandi's sex life, which she obliged, saying that things were back on track and Todd even offered that they're "working on it." That's a big change from his hesitance to even have kids towards the middle of the season. Todd and Kandi are clearly still have some kind of problems — they got into a bit of a fight while talking about the prenup situation from their wedding. But things have also clearly improved a lot, because they were able to roll their eyes and get over it.

And man, Kandi will answer any TMI question — Andy even asked if she'd had her boobs done. The answer, by the way, was no. It's the hormone treatments that have resulted in them looking larger than normal. They've been working hard in the pursuit of a family, so, have they been successful? I don't like playing "look for the bump" because you never know when someone just finished eating a burrito, but Kandi certainly doesn't look like she's trying to hide or change anything about how she dresses or what parts of her body she's comfortable showing. She looks great in this super-recent Instagram pic. So she's clearly not about to pop.

The baby stuff is still in progress, but right now it's all about the upcoming Kandi spinoff, Kandi's Ski Trip , which will air for a few weeks starting on May 17. There was a huge glimpse into the show in the middle of the reunion. It looks cute, and the old ladies are coming on the trip! That I love, even though that means we have to hear more from Mama Joyce about Todd *cue eyeroll.* 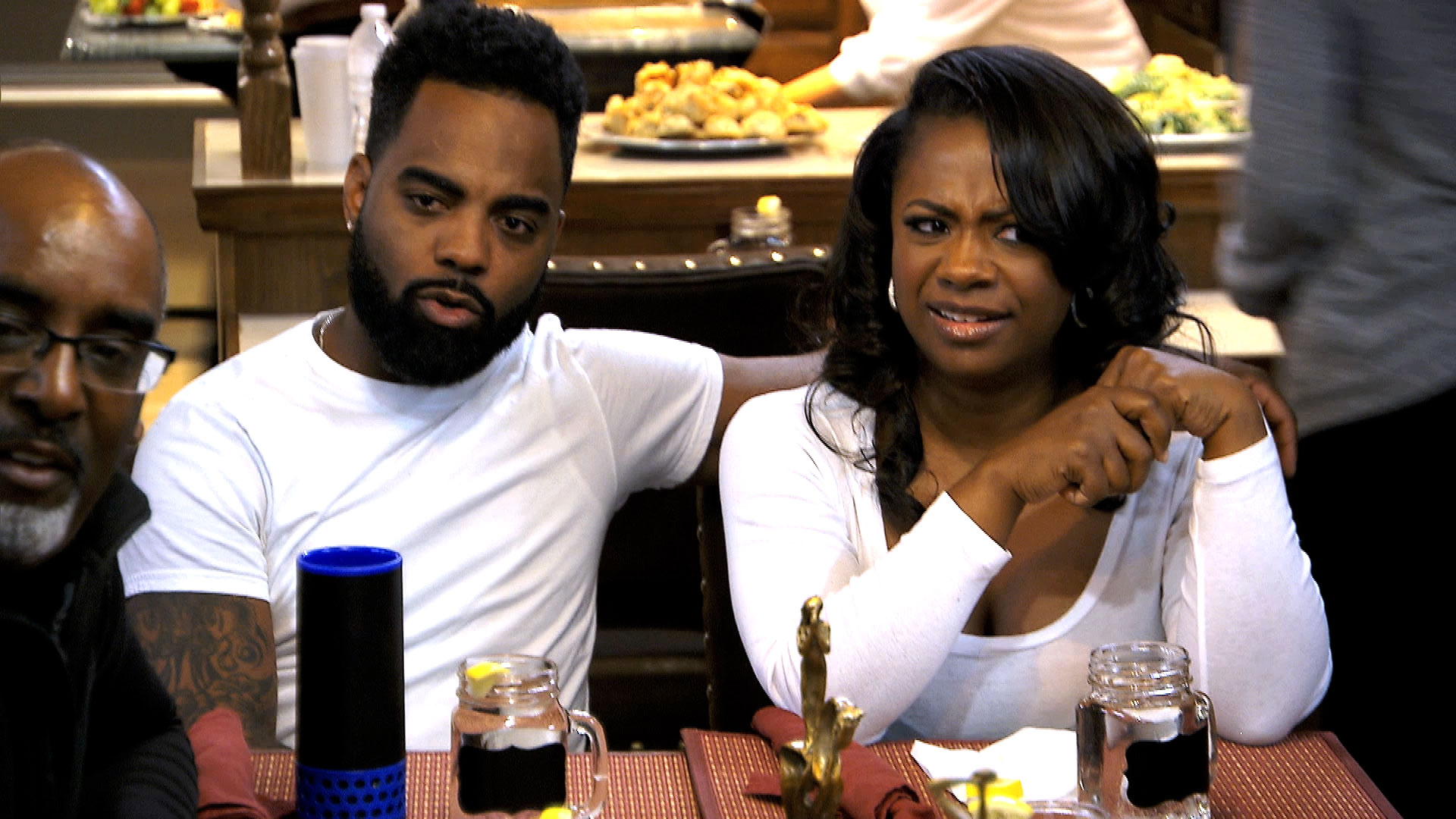 And in other Burruss-Tucker news from the RHOA reunion, Todd shared details about his mom's tragic death from a stroke. It was genuinely a moment where everyone in the cast came closer and supported Todd. Gregg gave a surprisingly great speech, Peter attended the funeral, and Phaedra arranged everything so it was perfect. Even though the Burruss-Tuckers haven't been able to add a new baby yet, The Real Housewives of Atlanta cast are all a part of their extended family.