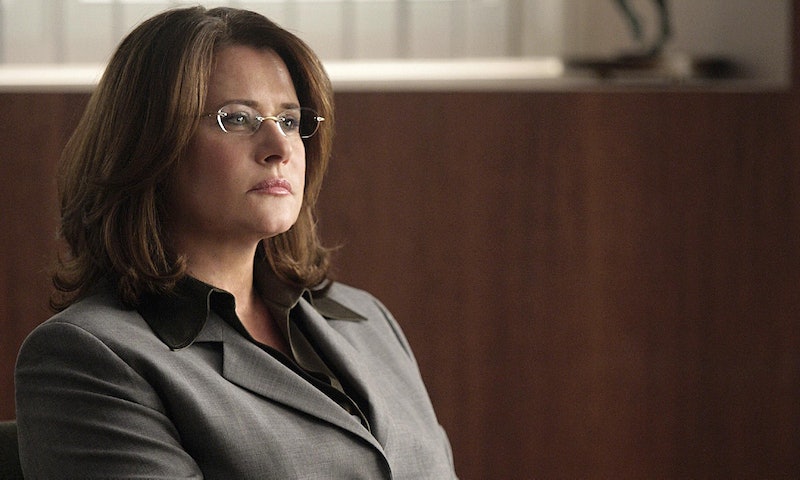 One morning nine years ago, I woke up and realized four things: one, there was a stranger in my bed for the umpteenth night in a row; two, there was dried vomit in my hair, also for the umpteenth night in a row; three, I had slept through my alarm, which didn't really matter since I had been fired from my job a few weeks prior anyway; and four, if I I didn't find a therapist to help me get my act together soon, my lifestyle seemed ripe to become a permanent state of affairs. In some ways, you could say that admitting that I was so depressed that I needed professional help was the hardest part. But in another, more accurate way, you could say that actually doing the research, making the phone calls, and finding a therapist was the hardest part.

All the research paid off, however, when I found the therapist who would eventually help me turn my life around. Talk therapy has been a huge help to me, which isn't surprising — study after study has found that talk therapy, when combined with medication, is the most effective way to treat depression, and some studies about anxiety treatment have even found talk therapy to be more effective than medication. But less than half of the millions of U.S. adults currently suffering from depression are currently in therapy.

There are a lot of reasons for this state of affairs — financial concerns, time constraints, and health insurance coverage that favors meds over talk therapy are all big barriers to access. But navigating the sometimes-arduous process of finding a therapist shouldn't be. So if you've thought about going into therapy, but aren't sure how to find a good therapist, or even what makes someone a good therapist, read on for our seven point checklist.

1. Figure Out What You Want From Therapy

The first step in finding your ideal therapist is articulating why you actually want to go into therapy. I don't mean a broad, long-term psychological goal, like "I want to forgive my mother for not being there for me" or "I want to make my peace with the looming specter of death." For now, focus on the immediate problem that's bringing you to your therapist's door. Think of something simple, like "I've been having a hard time dealing with the stress of school this semester," "I've been feeling very depressed lately," or "I want to discuss my sexual assault with someone who will offer unconditional support." This will help you communicate effectively with potential therapists, and help you more easily see if they're a good fit for you.

You may very well eventually find that you want to explore issues beyond your initial issue in therapy — but you don't have to figure that out now.

2. Decide What Kind Of Therapy You Want

There are so many different forms of therapy out there! How are you supposed to decide which one is best for you? Do you need to get some kind of a graduate degree in figuring out which kind of therapy would best benefit you?

Though the sheer variety can seem overwhelming, most of the therapy you'll encounter out there will be some variation on one of these three genres of clinical practice. There's talk therapy (usually psychodynamic or humanistic/Rogerian therapy), which probably looks the most like therapy that you've seen on TV — you have an ongoing conversation with your therapist, guided by the principles of whatever method they practice. Talk therapy is often good for people who have an issue they want to unpack — like a difficult childhood, or a bad relationship — and aren't sure of how it is impacting their life.

Then there's cognitive behavioral therapy, which is based on the theory that the ways we think, feel, and act are interrelated. CBT can often help people deal with phobias, compulsions, and counter-productive behavior (like constantly ruminating on negative thoughts). Family therapy addresses the family as a unit — so if you're having a problem with your partner, you'd bring your partner into the treatment process, rather than simply discussing the problem one-on-one with your therapist.

Deciphering a therapist's credentials can also prove a challenge. Licensed clinical social workers (LCSW), licensed social workers (LSW), marriage and family therapists (MFT), psychologists, and many other folks can offer talk therapy. Often, the techniques they use, the years of practice they have under their belts, and your rapport with them matter more than the specifics of their certification, but ultimately, that's a call for you to make. Just make sure that they do have a valid license to practice in your state.

3. Find Some Therapists Who Seem Promising

Often, the most effective way to find a good therapist is to talk to your friends. If you have friends who are in therapy with a therapist that they like, that therapist will often offer a recommendation of another therapist they know who is taking new clients.

However, if you don't know anyone currently in therapy, only have friends who are in therapy with therapists who they feel "meh" about, or don't feel safe asking the people you know for referrals, there are plenty of online resources to help you out. Psychology Today hosts a site called Find A Therapist, and the American Psychological Association maintains a similar Psychologist Locator site that can help you find a therapist who specializes in your preferred area. And if you have health insurance, there's also usually a mental health site or hotline where you can get referrals to therapists who take your insurance.

After you've found a few names that seem promising, Google them — whatever you find about them online, be it praise, bad reviews, or a really janky personal website, will be illuminating.

Possibly the most intimidating part of the process is calling up all your potential therapists to make appointments for introductory appointments. So if this part feels difficult, don't beat yourself up — calling up a stranger and telling them that you need help can make us feel very vulnerable, and you should be proud of yourself for being able to take this step.

But the call can be more than just a chance to set up a one-on-one meeting — if the therapist schedules their own appointments, it also gives you your first chance to see how you feel about your potential therapist. When it comes to selecting a therapist, your gut instinct is queen, and if your phone conversation leaves you feeling like you just can't connect to this person, don't feel like you have to pursue an in-person meeting with them.

If calling up therapists is the scariest part of finding a therapist, seeing therapists might be the most exhausting part (especially if you're already dealing with depression or another problem that makes pretty much everything in life feel exhausting). But it's important to not drop it here — you're so close!

Again, in these meetings, your gut is paramount. If you adore the first therapist you meet, don't feel pressure to go through the motions of seeing others. And if someone just weirds you out, you're under no obligation to see them ever again, or even finish the introductory meeting. Don't feel guilty. This person is doing their job incorrectly. Think of them like a gynecologist who is trying to give you a Pap smear with a spatula. You don't sit around worrying about that person's feelings — you realize that that person sucks at their job, and you get yourself outta there.

You don't "owe" a therapist another session or another chance — you don't owe them anything but the money that you literally owe them. Which reminds me — yes, you typically have to pay for introductory sessions. No, it doesn't feel fair. But if you want to analyze it economically, putting down more money up front to find the right therapist will actually save you some cash down the road by potentially lowering the amount of time you spend in therapy.

If you haven't gone to therapy before, you may encounter a crappy therapist and think "This is just what therapy is like." But it's not. If your therapist makes you feel uncomfortable in any way, doesn't seem interested in helping you, has an agenda, or just doesn't connect, you have no obligation to ever see them again, even if you've had a few sessions.

A professional, competent therapist won't judge you, push you do things you don't feel good about, or force a specific agenda (like reconciling with an estranged parent, or definitely not reconciling with an estranged parent). A skilled, professional therapist keeps that shizz to themselves, and helps you figure out what you really need, not what they think you should need.

So if you decide, after a few sessions, that your therapist isn't helpful, just pay your bill, leave them a voicemail letting them know you'll be seeking treatment elsewhere, and put them in the rearview mirror.

7. Know That You Won't Be In Therapy Forever

The average therapy patient starts seeing improvements after the first session, and the vast majority of patients only see a therapist for three to 10 sessions. Despite what you've seen in TV and movies, therapy isn't usually a lifelong commitment; most of today's therapy is goal-oriented, and focused on teaching you coping skills quickly and efficiently. I've been in therapy for a decade because I want to be; but you may be able to solve your problems in less time than it would take you to crochet a scarf.

So don't be scared off by the idea of therapy somehow changing you, or that you'll now have to orient your entire life around therapy. Therapy doesn't exist to change you; it exists to help you be the same you that you've always been ... just happier.

More like this
The Viral 'Little Miss' Franchise Is Focusing On Mental Health Next
By Darshita Goyal
The Best Time To Date After A Breakup, According To Experts
By Bustle Editors
Why Experts Say Sleeping With A Fan On Isn’t Totally Risk-Free
By Sophie McEvoy
20 Things You Should Never Tolerate In A Relationship
By Rachel Sanoff and Kathleen Ferraro
Get Even More From Bustle — Sign Up For The Newsletter