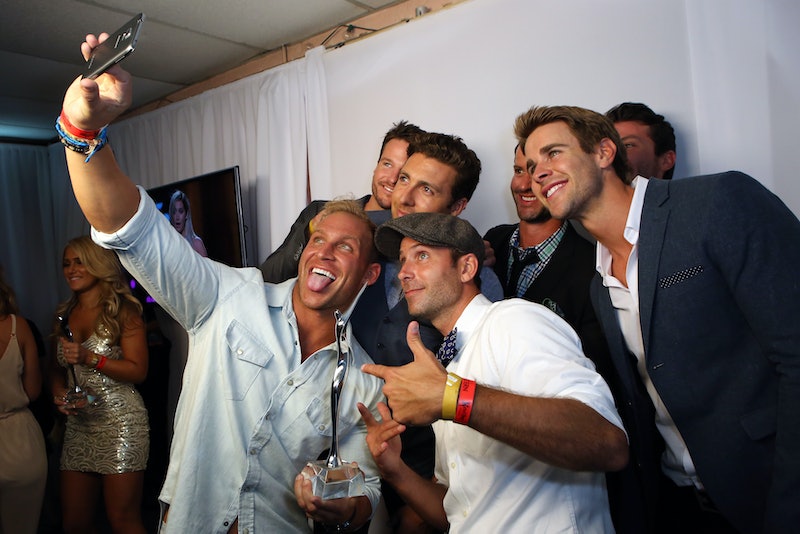 The upcoming season of The Bachelorette is shaping up to be one of the most controversial of the series so far because of its dual contestant twist. All I have to say is that the men of The Bachelorette Season 11 better be worth the viewers' time in order for us to keep watching them try to win either Britt or Kaitlyn's heart. ABC finally released the photos and bios of this season's cast of single men and Bachelor nation is already trying to size up who will be dropped on night one, who will make it to hometown visits, and who will receive the final rose.

Since first impressions are a huge deal on The Bachelorette, it's fun to guess which of the 25 guys are worthy of making it all the way to the end. In previous seasons, the men (just like the women of The Bachelor) fall into one of several categories based on their personalities, interests, and even style on the show. The first episode of the season focuses on each suitor getting out of a limo and introducing himself to the Bachelorette (except there will be two this time) and making that very important first impression. For viewers, the cast bio is just like that first meeting with each guy. Of course the audience will get to know each of them a lot more once the season progresses, but for now, their photos and profiles are all we have.

So, how will the Season 11 men of The Bachelorette stack up against previous casts? Will there be another down-to-earth, nice guy like the latest Bachelor Chris Soules? Is there another Juan Pablo waiting in the wings? It's too soon to tell, but here's a handy guide to some of the new Bachelorette cast members and how they might come across on the hit reality show.

Boston native Kupah is an entrepreneur who believes that marriage is forever (with eight O's and 15 E's, so he means business). The 32-year-old's profile pic looks like he'd be enough for fun dates, but he's also got that no nonsense vibe when it comes to work. His biggest date fear? "Dull conversation," he says.

Fitness coach Ben Z. could easily sail through to the finals of Season 11 with his looks alone, but we're guessing it's his charming "mama's boy" personality that will win the Bachelorette's heart. If not, let's just make him the next Bachelor and call it a day.

The denim jacket. The black undershirt. The exposed necklaces. It doesn't take a genius to guess that Brady is Season 11's resident rebel. The singer-songwriter from Nashville, TN definitely gives off the bad boy vibe, but based on what we know of Brady so far, he's also equal parts jock and sensitive guy — with a fear of explosive diarrhea on the first date.

We pegged Daniel as the season's most stylish, judging by his perfectly coiffed hair and neat button down shirt. That's before we clicked on his cast bio and found out that he is a fashion designer. The 28-year-old also sports one tattoo and would trade places with the Prince of Monaco "because he has a baller life."

In his Bachelorette cast profile, 26-year-old software salesman Ben H. says that if he could have lunch with one person, it would be Nelson Mandela. "He is a legend and his grace is something I would like to model," he says. Cue the awws now.

Meet the rest of the men of The Bachelorette Season 11 on abc.com.