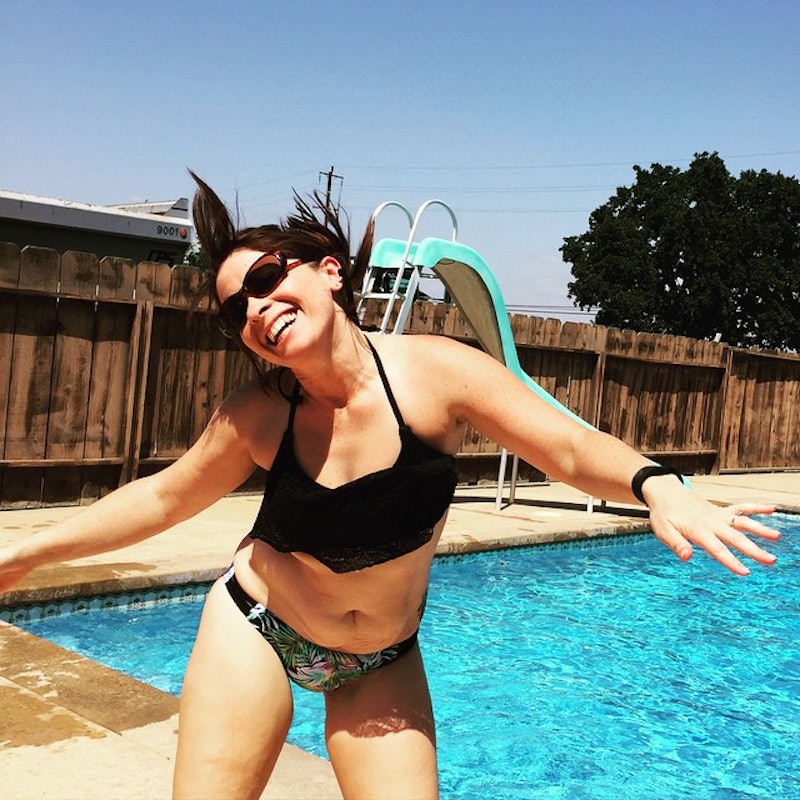 In the last couple of weeks, the Internet has blown up with the advent of “dad bod,” a term used to sing the praises of men with attractively realistic bodies. Men with dad bods are reasonably healthy, fairly fit guys who don’t obsess about having rock-hard abs or superhero physiques. They are average dudes with average bodies, and they are perfectly attractive that way. The dad bod trend is positive in that it promotes body acceptance and frees men from unrealistic demands that they all look like Captain America, but it rightly has had women asking if “mom bod” (that is, realistic female bodies) could ever be similarly trendy.

Many have been justifiably skeptical about whether the sentiment behind dad bod — that imperfection is hot — is something that could ever be applied to women in a culture that usually equates female sexiness with ideals of physical perfection and often shames women for failing to live up to those ideals. Now, women are taking to social media to turn the dad bod trend on its head, showing off their bodies under the hashtag #mombods to prove that, yes, a woman can have a realistic body and be sexy at the same time.

Instagram photos of mom bods reveal women showing off a wide array of body types. Many proudly bear the physical markers of having had children, like stretch marks and C-section scars, and reveal the truth behind the endless post-pregnancy articles that haunt celebrity mags: Most women do not get their “pre-baby bodies back.” And that is totally okay. Only time will tell if “mom bod” will enter the lexicon as a marker of attractiveness, but, in showing off their own mom bods, these women are bringing awareness to the multiplicity of body types that women actually have, and declaring that women’s bodies that don’t fall into the stereotypical, narrow parameters of female beauty are nevertheless strong, sexy, and amazing. And that can only be a good thing.