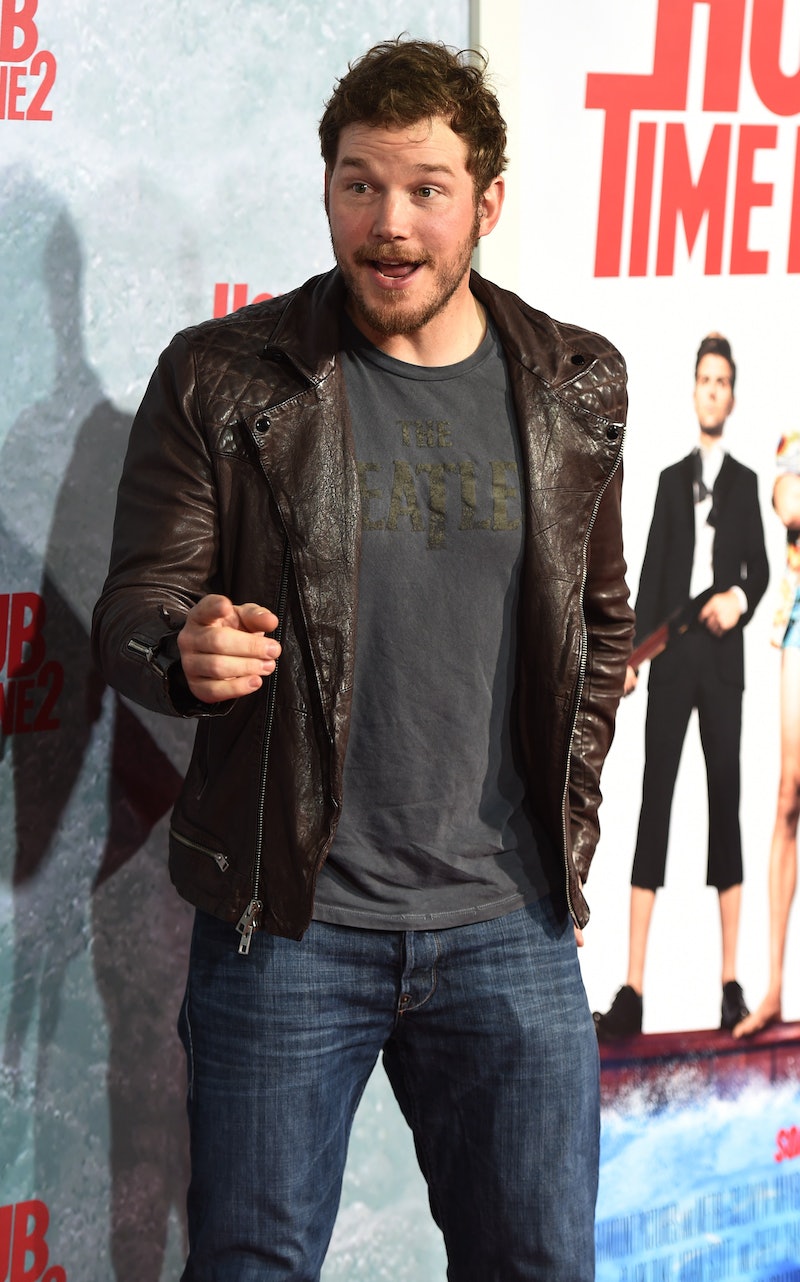 Because we live in an age of lightning fast information distribution, it is perhaps unsurprising that, within the past several days, a previously unremarked upon phenomenon has rocketed across the Internet: That of “dad bod.” But what is “dad bod,” exactly? A lot of things, it turns out. I did a little digging in order to get to the bottom the phenomenon — so if you, too, are wondering what it is, why everyone is talking about it, and what its pros and cons might be, I've assembled a brief primer on “dad bod.” Here's everything we know about it so far.

On March 30, 2015, a sophomore at Clemson University named Mackenzie Pearson published a post on college-centric site The Odyssey titled “Why Girls Love the Dad Bod.” This post gave us perhaps the most complete definition of the phrase that we have: Wrote Pearson, “The dad bod is a nice balance between a beer gut and working out. The dad bod says, 'I go to the gym occasionally, but I also drink heavily on the weekends and enjoy eating eight slices of pizza at a time.' It's not an overweight guy, but it isn't one with washboard abs, either.”

In an interview with Slate, Pearson further elaborated on this definition:

A dad bod is a guy who is not incredibly chiseled, but at the same time, is not unhealthy. He's not overweight. He's probably that guy who played football in high school and came to college and didn't play football. Maybe he had a few too many slices of pizza, or a few to many ramens, and just ended up with a little bit of squish on top of his muscle. It's a healthy body. It's a boy-next-door look. He's the kind of person you go on a hike with, and then at the end of the day, you eat pasta and lay in bed and watch a movie.

Exactly why the term refers specifically to fathers, however, is less clear. The qualities with which the dad bod is associated do not necessarily belong solely to fathers; furthermore, the way Pearson describes it makes those to whom the phrase may be applied sound more like college students. This likely has to do with Pearson's relative youth. It's worth noting, though, that Total Frat Move defined the term back in 2014 as, “That gray zone in between fit and fat that your dad has been in for your entire life.”

Other definitions of “dad bod” include: “A physique characterized by undefined muscles beneath a light layer of flab, usually topped off with a beer bell” (The Cut) and “being average” (Complex).

Interestingly, the term “dad bod” has actually been around for a while — Urban Dictionary's definition of it dates back to October of 2009. That particular definition, however, is somewhat vague and lacking in the things we now know as the hallmarks of dad bod: It merely states that “dad bod” is “someone who has the body of a dad.” The phrase did not launch into the common vernacular until Pearson's post on The Odyssey.

What's So Appealing About It?

Overall, the dad bod appears to be a body-positive phenomenon; for this reason, it may actually be considered somewhat admirable. While it is undeniable that women experience significantly more pressure from society, the media, etc. for their bodies to look a certain way, men are not exempt from these sorts of pressures, either. But while many body postive projects and campaigns have emerged surrounding issues these issues for women, markedly fewer projects have done the same for male body positivity. “Dad bod” embraces — and indeed, celebrates — not perfection, but rather the lack of it.

What Are Some Examples Of People With Dad Bods?

In the Slate interview, Pearson cites the following celebrities as examples of dad bods: Chris Pratt “before he got all bulked up for that movie [Guardians of the Galaxy]”; John Mayer; Jon Hamm; and Jason Segal. Pearson adds, “Any dad celebrity, for the most part, is probably going to have a dad body.” Complex's list includes Kanye West, Will Ferrell, and Jay-Z

Is There A Female Equivalent?

Here, however, is where our general hypocrisy as a culture begins to peek through: There isn't, really, and that's a problem. As Ellie Krupnick at Mic points out:

Mom Bods? Not a thing. The phrase “mom bod” conjures up images of what media so kindly calls a “post-baby body.” Women whose postnatal bodies betray essentially no sign of childbirth whatsoever are praised for their figures. Those whose physiques actually reveal that they recently contained a baby? That's what we might call a Mom Bod, and it's not something women are praised for.

Krupnick also points out that not only are women not praised for having what would technically classify as a mom bod, they're often shamed for it. She goes on to note the many places in which we see this issue at work: We see it in the censorship of bodies that don't fit conventional beauty standards; we see it in how, according to a 2009 New York Times piece, “guys can happily and guiltlessly go to seed,” while women are not afforded the same allowances; we see it in how so many sitcoms throughout television history have featured a disparity between partners (attractive, fit wives and “husbands who are not only not studly, but downright fat,” according to Slate's Matt Feeney in 2005); and more.

Writes Krupnick, “Enthusiastically embracing the Dad Bod is giving men a pass that women simply do not get” — or, as The Frisky's Megan Reynolds put it, "I just resent the blatant and gross male privilege present in suggesting that a man can just start letting it all go as early as sophomore spring of college and women are expected to keep it tight, taut and toned until someone finally, finally chooses us."

While the term “dad bod” may eventually go out of style, what it refers to is worth holding onto. However, we do still need to level the playing field. Bodies are not by nature perfect, and that's A-OK — but we can't tell one group of people that it's terrific their bodies are not perfect while simultaneously expecting any other group or groups of people that it's unacceptable for their bodies not to be perfect. All bodies are wonderful — full stop. So let's celebrate them all, shall we?

More like this
Hilary Duff Details Her "Horrifying" Eating Disorder As A Teenager
By Radhika Menon
Here's Your Horoscope For November 23, 2022
By Mecca Woods
Emily Ratajkowski & Pete Davidson's Astrological Compatibility, Revealed
By Nina Kahn
20 Christmas Movie Quotes That'll Get You In The Holiday Spirit
By Alexis Morillo
Get Even More From Bustle — Sign Up For The Newsletter