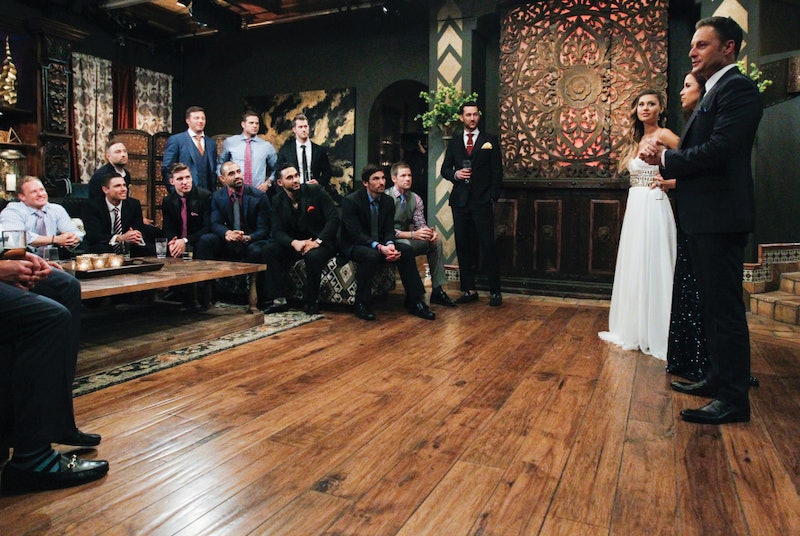 The most fun part of The Bachelorette (aside from those hilarious job titles) is trying to pick the winner of the show. There are whole websites dedicated to spoilers and predictions, but I've come up with a new method of how to pick The Bachelorette winner, and it's all thanks to social media. While the contestants are filming, they are forbidden access to their phones, computers, or Internet. So they all inevitably take a break from their social media accounts. I decided to track how long that break was to see if I could predict who the Season 11 winner would be.

For example, someone who was tweeting a week after filming started probably didn't make it very far. But someone who was silent for two months is one to watch. Bachelorettes Britt Nilsson and Kaitlyn Bristowe last used their social media accounts on March 10 when filming began, and it wasn't until May 11 and 12 that they were seen back on Instagram and Twitter. That would mean that filming lasted about 8 weeks. For further reference on Twitter breaks for filming, I turned to last season's Bachelorette winner Josh Murray's Twitter page. That season's filming began March 12, 2014, and Murray didn't reappear on Twitter until May 10, 2014.

That means we're looking for a contestant who disappeared around March 10, 2015 and didn't tweet or use Instagram or Facebook until early May. Based on that knowledge alone (I haven't looked at any real spoilers), here are my findings. Keep in mind, of course, this isn't scientific and it's possible not every contestant tweeted the moment they got home — which could skew my findings. But it's an interesting way to look at how things stack up, nonetheless.

This musician tweeted again on April 2nd, which means he probably lasted only around three weeks.

He Instagrammed several pictures of the first group date. But he posted them so soon after filming began that I wouldn't count on him lasting much longer than that first date.

Unfortunately for those rooting Cory on, he was back to posting on Instagram by March 25. He likely only made it about a week or two in the competition.

The man with the tattooed chest probably didn't win the Bachelorette's heart considering his next tweet was March 29, just two weeks after filming began.

Posting to Instagram again on April 16, Tony probably only lasted about halfway through the competition.

This dentist only made it to March 26 before he was back on Twitter.

Bustle's Nicole Pomarico has JJ pegged to be one of the hometown date winners, and she may very well be right. But it's unlikely he's the winner since he popped back up on Instagram on April 22. But, still, making it over a month is no small feat!

Another possible hometown date sweetheart, Tanner wasn't back on social media until April 22.

According to his Twitter and Instagram, Ryan was booted around the end of April. Quite a run nonetheless.

The Kansas City junkyard specialist didn't post anything on Instagram until April 25, which means he likely made it pretty far in the competition — but not all the way to the end.

The Nashville resident reappeared on Instagram around May 2. Based on that alone, he could very well make it into the top.

The insurance agent's break from social media lasted until May 2, making him another possible frontrunner.

This cute 33 year old didn't tweet again until May 6. But it was also his first tweet in three years, so length of social media absence may not be the best way to judge this contestant.

The amateur sex coach wouldn't make it on my bracket, but his Twitter account has him AWOL until May 6 which means he has a shot. Or it means he's not a avid social media user, which is also true. Phew!

His most recent Instagram picture after filming started came on May 8 which would put him pretty far along in the competition. The best part is the picture is of two roses. A hint at his victory? We'll have to tune in to find out for sure.

His Twitter account was only started this May. (Much like Bachelor winner Whitney's Bischoff's page was only started once her season began airing, do with that what you will.) And his Instagram account shows that May 10 was his most recent picture. Judging by that, he could be a frontrunner. Or he could just be bad at posting pictures because his May 10 pic was the first thing he's posted since December 2014.

He disappeared from Twitter until May 5, so he could have made it pretty far!

While he has an Instagram and Twitter account he hasn't posted a single picture to Instagram and his tweets are all from 2013. His social media presence tells me virtually nothing. But his face is nice to look at so I imagine he has a decent shot.

The only social media site this guy has is a LinkedIn, which is one of the more useless ones stalking-wise.

His Instagram is private, and his Twitter is brand new. Not a lot of information coming from this one.

I couldn't locate this real estate agent's last name, which made searching for him on social media impossible. This contestant is certainly mysterious. I guess we'll just have to watch the season to figure him out.

This contestant has an Instagram... with nothing on it. Darn these contestants and their lack of social media obsessiveness.

He hasn't posted anything on social media since March. Either he's the winner and doesn't want to accidentally spoil anything, or his social media presence doesn't mean much to him and he might have been sent home ages ago. (A likely story since his most recent tweets were from 2013.)

His Twitter has been deleted and his Facebook boasts no recent posts (nothing since March 5.) If he's the winner, he's keeping things very under wraps.

And there you have it. Fill out your brackets accordingly.