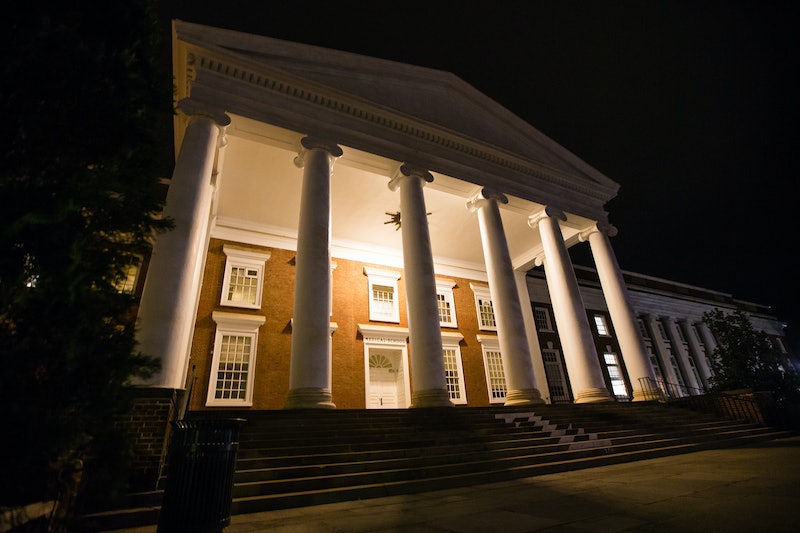 The associate dean of students at the University of Virginia, Nicole Eramo, is suing Rolling Stone for defamation due to the way she was portrayed in the now-retracted article, "A Rape On Campus." Eramo alleges six counts of defamation and is seeking a little more than $7.5 million in damages. Rolling Stone, writer Sabrina Rubin Erdely, and Wenner Media are all named in the lawsuit.

Eramo wrote a scathing open letter to publisher Jann Wenner in April, stating that the article "deeply damaged me both personally and professionally" after its publication. The story had made serious allegations against Eramo, including that she didn't support alleged rape victim Jackie when Jackie came to her about her sexual assault. Although Rolling Stone retracted the article after several factual errors were discovered, Eramo claimed the damage had already been done, and "Rolling Stone’s recent actions are too little, too late."

Eramo is a sexual assault victim advocate and is head of the university's Sexual Misconduct Board. She was described in the article as an administrator who discouraged Jackie from reporting her alleged assault to police. Eramo also claims in the lawsuit that the publication bought an image of her from the student newspaper and then photoshopped it in a way that misrepresented her. She complains the illustrated image makes it look like she's "giving a 'thumbs up' while the victim sits crying in front of her."

In a statement provided by her lawyer, Eramo said, "I am filing this defamation lawsuit to set the record straight — and to hold the magazine and the author of the article accountable for their actions in a way they have refused to do themselves."

Rolling Stone retracted the article after an investigation by Columbia University's Graduate School of Journalism found that the article had a series of journalistic failures, not only in its reporting, but in its editorial process as well. Wenner, at the time, acknowledged the errors in the story but maintained that it was a one-off situation.

Erdely apologized for her mistakes after the investigation was made public, though not directly to Eramo herself. Erdely said in a statement, "I want to offer my deepest apologies: to Rolling Stone’s readers, to my Rolling Stone editors and colleagues, to the U.V.A. community, and to any victims of sexual assault who may feel fearful as a result of my article. ... Reporting on rape has unique challenges, but the journalist still has the responsibility to get it right. I hope that my mistakes in reporting this story do not silence the voices of victims that need to be heard."

More like this
Chris Kaba's Family Continue Fight For Justice After Viewing Police Bodycam Footage
By Sophie McEvoy
Black History Month UK’s 2022 Theme Calls For Action, Not Words
By Maxine Harrison
Mel B Speaks Out Against Domestic Violence In A Powerful Speech
By Sophie McEvoy
Romance Authors Are Mobilizing For Reproductive Rights
By Natalia Perez-Gonzalez
Get Even More From Bustle — Sign Up For The Newsletter