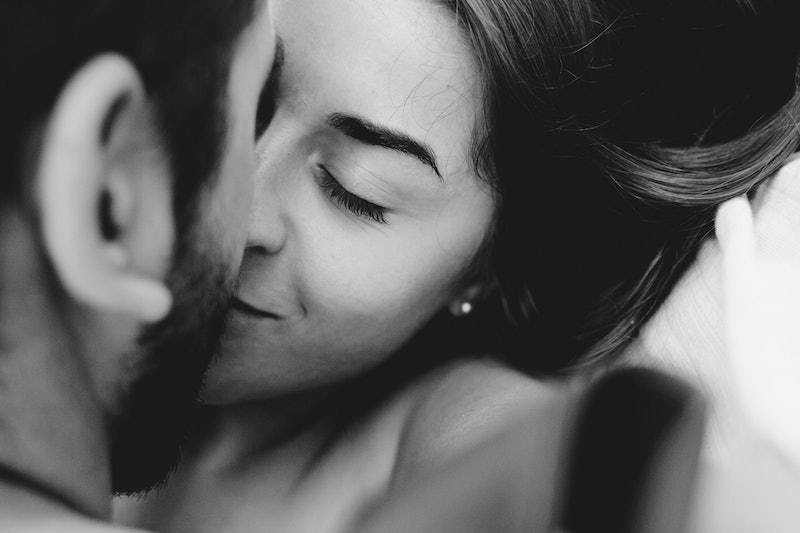 If you're sexually active, suffice it to say, you've definitely had some strange encounters at one point or another. It's almost impossible not to; the whole initial process of sex can be awkward, at least initially. But there's awkward, and then there's just plain weird. And those stories are, well, plentiful as well. We're not talking about fetishes here; we certainly know the list of oddities when it comes to those can go on and on... and can even been made into New York Times best selling novels... Right, E.L. James? No, we're talking about specific instances that are not only eyebrow raisers, but full on jaw-droppers. The ones that you tell your friends about and get passed around as urban myths for life. We asked 13 men and women: what’s the weirdest thing someone has said to you in bed?

But there's nothing mythical whatsoever about the stories we collected. In fact, it's quite possible these very true tales, from "This is the 165th time I’ve done this" to the one-night stand who said "I love you", may have you feeling better about your own weird sexual encounters.

Or, at the very least, provide a good laugh. Hey, it happens to the best of us.

“One time a guy asked I leash him with a collar that said ‘BITCH’ on it… and walk him around my apartment like a dog."

“I took a girl home I met at trivia one night. She told me she loved me during sex.”

“I’ve been asked a couple times to either pee on someone, or to be peed on.”

“She asked me to play with her butt like a joystick. Still have no idea what that means and don’t want to.”

“Can you get me a glass of water? All I’ve had to drink today is c*ck.”

“One time a guy and I started doing it in the middle of watching Louis CK's “Live at the Beacon Theater.” So during sex, we would randomly hear things like 'Do you know how sweaty a guy’s balls can get?'

"I have no idea how this rolling pin got here, but we may as well use it."

"One time a guy brought me home and when we went got to his apartment, there were feathers leading up to the bed. On the bed was peanut butter, streamers, and a copy of If You Give A Mouse A Cookie. When I asked him about it, he responded 'Oh yeah, the ballerinas must have done this.'

"I dated one guy who had a picture of his grandmother above the bed. He told me, during sex, he liked to look at it all the time because she was really special to him."

"When someone yelled out a name during sex... It wasn't mine."

"I really want to go down on you, but only if you're on your period."