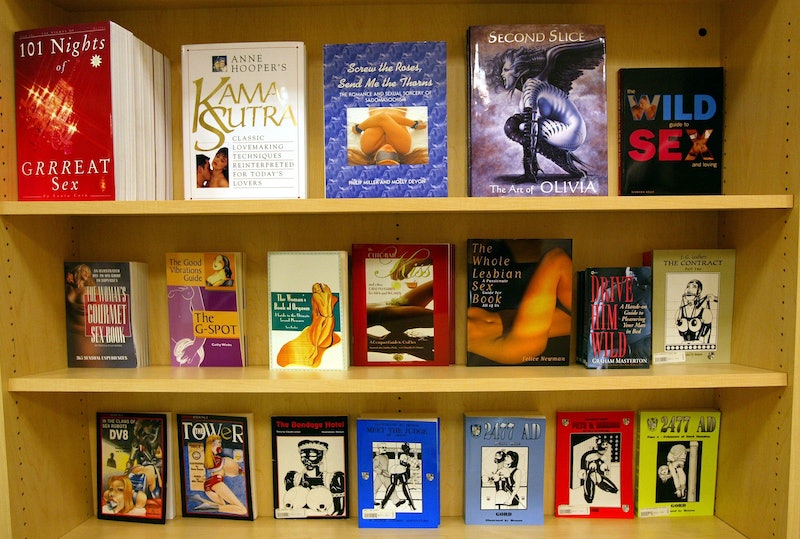 While finding a good sex scene is easy, finding an entire novel to keep your attention can be a bit trickier. In my early years of reading erotica, I was more interested in skipping the pleasantries and diving head first into the action, but now that my tastes have matured, I look for books that can keep me glued to the page whether characters are getting it on or getting on the train for work. A rousing roll in the hay still can't be beat, (and obviously I still dog ear those truly panty-dropping moments), but my favorite erotic works are both intellectually and erotically stimulating regardless of what's happening in the plot. Here are eight works of erotica for women that you will get you hot and bothered well into the summer months.

How To Train Your Virgin by Wednesday Black

The Claiming Of Sleeping Beauty by Anne Rice

Taking beloved characters from classic literature on adult adventures requires skill, but writer Alan Moore and illustrator Melinda Gebbie know just how to make Alice (from Alice In Wonderland), Dorothy (from The Wizard of Oz) and Wendy (from Peter Pan) into swashbuckling sexual explorers. The story revolves around the three women meeting in Austria and swapping little black books. Dorothy spins a story about once getting off with three farm hands based on The Tin Man, The Cowardly Lion, The Straw Man and Toto. (OK, not the dog, but the others are for real!)

I'm With The Band by Pamela Des Barres

If, like me, your fantasies tend to be rock 'n' roll fantasies, infamous groupie Pamela Des Barres has a treasure trove of lusty kiss-and-tell tales in her 1987 memoir. Jimmy Page, Don Johnson, Waylon Jennings, and Mick Jagger all make appearances, and interspersed with her recent writing are snippets from her diaries at the time, which tease us with tidbits about the private performances she received from musicians we know and love.

The steamy 1986 adaptation of this novel starring Kim Basinger and Mickey Rourke makes the 50 Shades film seem totally vanilla — and the books will do the same. Author Elizabeth McNeill (named Ingeborg Day in real life) wrote this tale based on her personal experiences in one particularly thrilling (and boundary-pushing) submissive relationship.