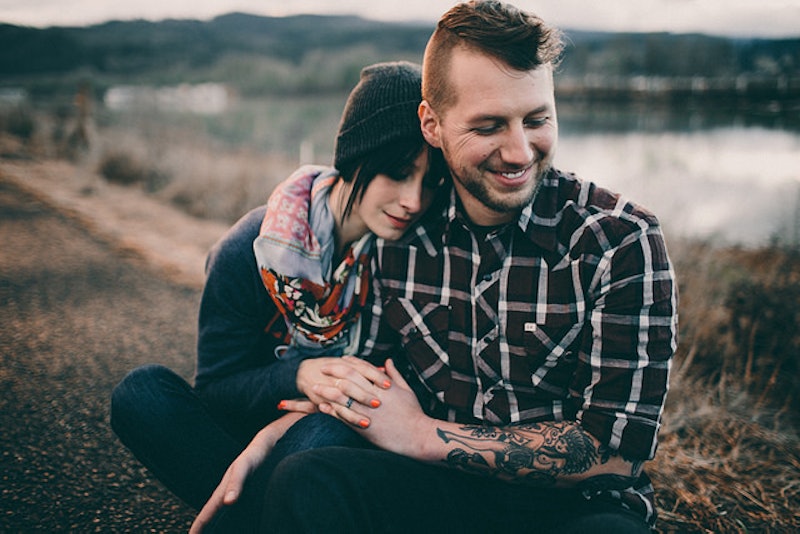 There comes a point in every man’s life when he realizes he’s done with the hookups and the late-night dalliances with blurs of women and decides to responsibly shift gears toward seeking a woman to fall in love with and a healthy relationship. This metamorphosis happens out of nowhere, but when it does, it spreads like wildfire. Take my group of buddies, for instance. About a year ago, roughly 80 percent of my group of friends (all male) were single. On weekends, we went to bars and pubs in the downtown core, some of us would pick up women, and it would carry on that way for years. However, last summer, things changed; two members of our group announced their engagements, and we were asked to be groomsmen. Not surprisingly, each of us would attend these weddings without a date, as relationships with women at that point were, for the most part, physical.

That following fall season, the majority of my buddies were in committed relationships. What transpired? It could have been a number of things, really; but most likely, these summer weddings exposed our immaturities and we decided it was time to grow up and become men. While these two buddies had been pursuing meaningful relationships, we’d been fooling around as if we were in a post-college fraternity.

So if you’d like to know if you’re dating a grown-ass man, or would like to know the qualities of such a gentleman before you commit, here are some things that all grown-ass men do for their women.

1. He sends you unexpected gifts

More importantly though, he’ll have gifts waiting for you when you get home from work that were purchased “just because.” In case it weren’t obvious, the “because” is that he adores you.

2. He makes your orgasm his priority

For a grown-ass man, sex is no longer a story he can tell his friends over beers, nor is it a means of solidifying his manhood that years of puberty had put in question. As he’s matured, sex has become a mutually beneficial experience that the two of you intimately share. A grown-ass man will be attentive to what you like, and explore things further when prompted. But that’s not to say sex will be reminiscent of a Harlequin romance novel, because, admit it, sometimes we all just want it rough, don’t we?

3. He makes sure that he’s the best version of himself

His attire, his apartment, his attitude: it’s all been refined. This quality is no different than when you, the fairer sex, get prettied up for a date with a guy that you’re very much interested in. When he’s a grown-ass man and has a genuine interest in you, he’s going to present you with the best version of himself. Your date is his interview, and you’re his dream job.

4. He wants to meet your parents

5. He’s up front with you, but not confrontational

Nothing with him is ever in question. Why? Because if it were, he’d tell you. He loves you unconditionally, which he’ll tell you in person and in text, he’s totally fine hanging out with your friends over dinner on the weekends despite not being much of a sushi lover, and he doesn’t hate watching Pretty Little Liars with you on Netflix. Communication with him is honest, black and white, and best of all, you know where you stand.

6. He tells you you’re beautiful

While I can admit this is cheesy, the importance of the word “beautiful” is what’s key here. While any man can call you “sexy”, beautiful, when mentioned by a man, gives way to an entirely new meaning. Trust me on this: he only uses beautiful when he believes every other adjective isn’t nearly powerful enough to convey how much you mean to him.

7. He treats your successes as if they’re his

You received a promotion? If you’re dating a grown-ass man, expect a text with excessive exclamation marks to signify his excitement. There’s also a pretty good chance he’ll call you just after reading your textual announcement. When you get home, you’ll be taken to your favorite restaurant that costs too much, and he’ll order the most expensive wine in the house – or maybe not, but it will be a nice bottle of wine, probably.

8. He ditches his less favorable friends

You can tell a lot about a guy by the company he keeps. Though it’s not the greatest thing to say about our gender, a guy is easily influenced by his peers. For instance, if his buddies are in a relationship, he will feel more inclined to pursue a relationship himself. Likewise, if his friends are likely to drink and act irresponsibly (or even cheat), he can be influenced to do so as well.

9. He makes himself available

You got in a bad argument with your boss and left work early? He’ll be there to pick you up – despite whatever he was doing, or how busy he was. He’s made you his priority, and proves this again and again when he drops everything he has going on to make sure you’re taken care of.

10. He supports your decisions

Even if he doesn’t agree with the decisions you make, he’ll fully support you. He might throw in his differing opinion (as previously mentioned, grown-ass men are up front), but he ultimately leaves the decision up to you. This is because he knows that, in the end, you’re going to do what’s right for you. I mean, you did decide to date a grown-ass man after all. So that’s your proof right there.