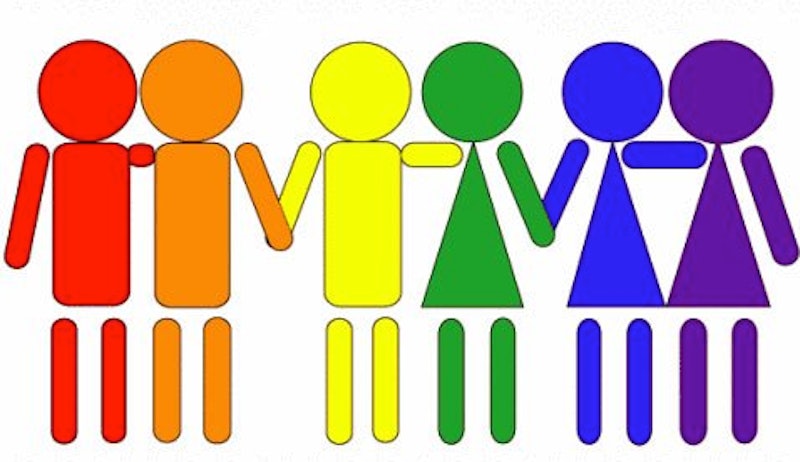 The ‘B’ in LGBTQ just might be the most stigmatized of all the letters. According to a study released today by the University of Pittsburgh Graduate School of Public Health, 15 percent of study participants don’t believe that bisexuality is a “legitimate sexual orientation.” Unsurprisingly, straight males had a harder time believing in bisexuality than women. What is surprising about the study is that gay and lesbian participants responded less positively to bisexuality than bisexuals, which, according to head analyst Mackey Friedman, Ph.D., M.P.H, indicates “that even within the sexual minority community, bisexuals face profound stigma.”

These findings are significant because the stigma which bisexuals face from the hetero- and homosexual communities can cause severe consequences. Friedman finds that this stigma “can cause feelings of isolation and marginalization, which prior research has shown leads to higher substance use, depression and risky sexual behavior. It also can result in lower rates of HIV testing and treatment."

And yet, bisexuality is nothing new. In 1948, the sexologist Alfred Kinsey’s groundbreaking book Sexual Behavior in the Human Male introduced the Kinsey Scale. This scale acknowledged that humans are not simply gay or straight, but rather fall on a spectrum in between the two sexualities. So why the persistent stigma?

Female bisexuality has long been more widely accepted than male bisexuality. After all, two women together is the stuff of male fantasies and women have been known to engage in same-sex sexual activity to please onlooking men. On the other hand, many believe the bisexuality of a man is a phase or a cover up; he is really just a gay man afraid to come out. Other bisexual stereotypes include that bisexuality is a veil for sex addiction, and those who are bisexual really just don’t want to be monogamous.

All of this, of course, is BS. Bisexuality is not a cover up, excuse, or a means to an end. Bisexuality is a legitimate sexual orientation, and those fifteen percent of study participants should get with the program. Don’t like it? Fine, don’t identify as bisexual.

More like this
How To Come Out Online, According To Trevi Moran
By Melanie Mignucci
Jujubee’s Humble Reminder
By Sam Ramsden
The 3 Dating Apps Queer Women & Nonbinary Folks Actually Like
By Emma Carey
Why You're Seeing Green Bandanas At Abortion Rights Protests
By Lexi Inks
Get Even More From Bustle — Sign Up For The Newsletter