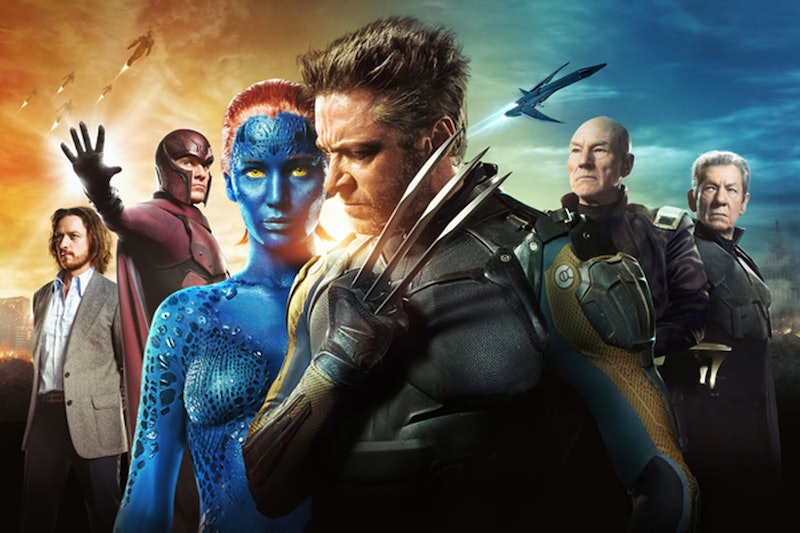 Are you ready for a young adult installment of superhero movies? Twentieth Century Fox announced that the Fault In Our Stars director Josh Boone has signed on to direct a new X-Men movie spinoff called The New Mutants , which takes its name from the comic story arc of the same name. Given that X-Men: Apocalypse will be the end of an age for the X-Men movie universe so far while heralding the arrival of a new one, a movie like this seems to be a step in the right direction to further expanding these stories.

How will Apocalypse wrap up the current franchise, though: Hugh Jackman has appeared as Wolverine seven different times throughout the X-Men movies, but he'll finally retire from the role after the third solo Wolverine movie. According to reports, Jennifer Lawrence will also be leaving her character, Mystique, behind after X-Men: Apocalypse. That means it's time to switch things up. So far, we have solo movies for Deadpool and Gambit, starring Ryan Reynolds and Channing Tatum, respectively. There's also a script for X-Force in development from Kick-Ass 2's Jeff Wadlow, but The New Mutants will likely peg this universe more towards the young-adult crowd fueling movies like Twilight, Divergent, The Hunger Games and The Maze Runner.

The New Mutants comic series follows a group of mutants who are enrolled at Professor Xavier's Institute for Gifted Youngsters. They are too young to join the X-Men but are old enough to start training and learning to control their abilities.

A number of characters have been featured as part of this group, but the original line-up consisted of Cannonball, who can launch himself like a human rocket; Karma, who can control peoples' minds; Monster, who can use psychic energy to create nightmarish images; Wolfsbane, who can shapeshift into various wolf forms; and Sunspot, who can harness the sun's rays into physical strength.

According to the announcement, this will be a standalone movie, but it's likely that it could expand into more sequels should The New Mutants prove successful. Marvel Studios has the Avengers movies and their shared universe and Warner Bros. has its darker DC superheroes, but if Fox can combine the audiences of comic book lovers and tweens, teens and young adults, the potential box-office dominance could be overwhelming.

More like this
Twitter Is Unravelling Over Wolverine’s Return For 'Deadpool 3'
By Darshita Goyal
A New Scooby-Doo Movie Confirmed Velma Is Gay & Twitter Is Pumped
By Radhika Menon
Everything You Need To Know About ‘Black Panther: Wakanda Forever’
By Bustle Editors
Alan Rickman's Diary Reveals Why He Considered Leaving 'Harry Potter'
By Darshita Goyal
Get Even More From Bustle — Sign Up For The Newsletter