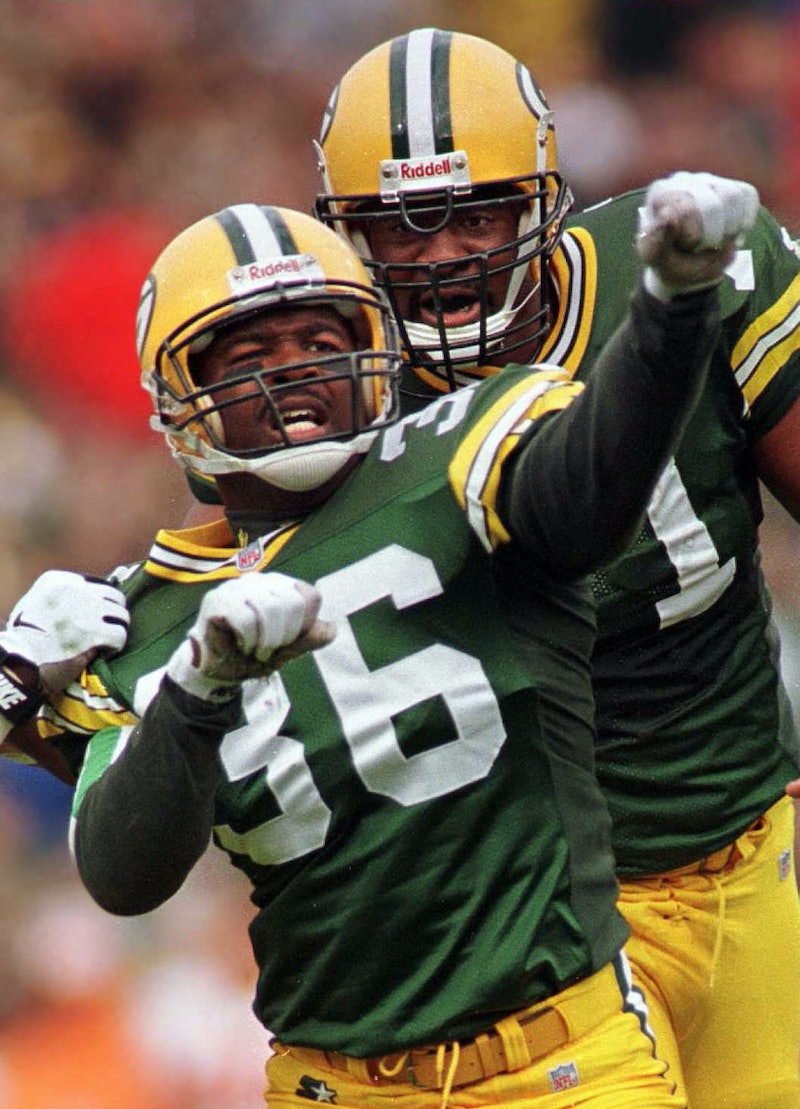 Whether you've seen the perfection that is Pitch Perfect 2 , or if you've simply just gotten a whiff of some of the shenanigans that go down in the film, you may have a few questions. For instance, where did Anna Kendrick get her awesome wardrobe from? Is Skylar Astin's voice direct and undeniable proof there is a god? Did Rebel Wilson do all of her own stunts? And, probably most importantly... spoiler alert... do the Green Bay Packers actually have an a cappella group?!

Hey, don't feel silly for asking, it's a valid question. The unsuspecting football players did an amazing job with the cameo performance in the film, so it's worth wondering whether or not members of the NFL perform in a secret a cappella group during off season. There are no dumb questions.

Sadly, however, it seems that the answer isn't as bright as the question itself is: The truth is, the Green Bay Packers are unfortunately not members of an NFL a cappella group, because one does not exist outside of the Pitch Perfect 2 universe. SADFACE.

If you're disappointed by that revelation, however, don't fret: It's not all bad news: According to Green Bay Press Gazette, the Green Bay Packers were so into the first Pitch Perfect film that they actually asked to be a part of the second movie in roles like this! (Well, at least one of them did).

As the story explains: Green Bay Packers player David Bakhtiari (who is a huge fan of the franchise) tweeted Elizabeth Banks, who produced and starred in the first movie, and basically geeked out over it, as he often does...

...before asking if he and a few Packers could partake in some of the Pitch Perfect 2 magic. The publication also relayed that the hilarious Banks weighed in on the issue, telling he Los Angeles Times , "David Bakhtiari said they were such crazy fans that they'd do anything to be involved. So I was like, 'If they'll do anything, they'll sing and dance.'"

And that, my friends, is how the fictional Green Bay Packers a cappella group was born. You never know, maybe one day they'll decide to be a true musical group... touring the country and selling out stadiums without football involved.

(IT COULD HAPPEN. DON'T CRUSH MY DREAMS.)