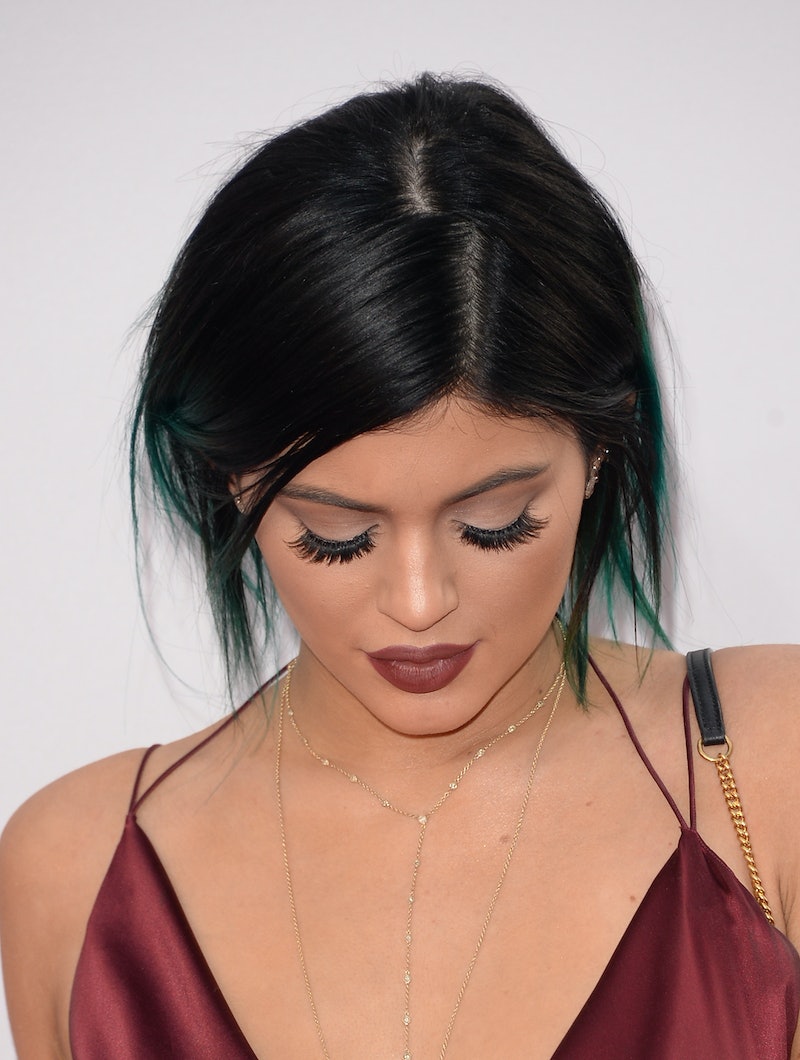 Last week, Kylie Jenner admitted to having lip fillers, which filled my newsfeed with memes and jokes at her expense for a ridiculous amount of time, and opened up conversations about making modifications to your body.

Although the question had finally been answered about Jenner’s lips, it didn’t seem like that alone was enough for the general public. Personally, I found it disturbing that a 17-year-old girl will come forward about her insecurities, only to have people laugh at her all the more. Even though plastic surgery isn’t an option for everyone — both morally and economically — facing our insecurities and doing something about them should be something that is rewarded.

What really shocked me about the outpouring of hatred for Kylie Jenner (even if she is my least favorite member of Keeping Up with the Kardashians) was where the hate was coming from. My pierced friends, my tattooed friends, my alternative, hipster, kitsch, fashion friends, were slating Jenner’s lips, whilst the "mean girls" among my Facebook friends were glad that she’d finally been honest about them.

This all reads like a John Green novel: All these manic pixie dream girls making themselves feel better by bringing down the girls who aren’t like them. Special snowflake syndrome, 500 Days of Summer indie twentysomethings reaching out to tear down a 17-year-old for being honest about her insecurity issues. Instead, it was Kim Kardashian and her fans who were proud of Kylie for coming clean about her lips.

If I was allowed all the plastic surgery I wanted when I was 17, however, I’d look nothing like myself. I wanted a face lift, tit lift, gastric band, new nose, new mouth — new everything. Looking back, I feel like I was brand spanking new as I was, compared to the haggard 21-year-old finishing university. And I'm so glad my parents never allowed me to get surgery (or funded it, either). Similarly, if I was allowed all the body modifications I wanted when I was an intensely emo teenager, then I’d have a My Chemical Romance-themed sleeve, snake bites, knuckle tattoos, ears stretched to the size of Mars — not that this isn’t a strong look, it’s just nowhere near the aesthetic I’ve found for myself now.

My point is: What exactly is the difference between all of these changes I wanted to make to my appearance? They’re all pretty permanent, they would have all changed my appearance, and they would have all been an outward expression of who I felt I was on the inside. My issue lies not with making permanent alterations to yourself, but with those who gain a strange sort of superiority complex over a specific type of body modification.

Remember when Lady Gaga had horns implanted in her face and was seen across the world as an artist? But when Jenner actually answers the question of her lips, she’s mocked ruthlessly for it. The difference is only filling in a different part of your face with something slightly different. The actual difference is in how we perceive these two procedures. Whilst one is deemed art, another is deemed vanity. Why is there a hierarchy in body modification, though? Why is there a double standard in how we view tattoos over tummy tucks?

According to a report released last summer by the International Society of Aesthetic Plastic Surgery (ISAPS), in 2013, more than 23 million cosmetic surgical and nonsurgical procedures were performed worldwide. According to a 2010 study by the Pew Research Center, of 2,020 adults that Pew surveyed, 23 percent had at least one tattoo — with 38 percent of people ages 18-29 toting at least one.

With the rising popularity of both forms of altering our natural beauty, we would assume that both would be receiving a more positive reaction from the media and the public. Yet amongst my age group, I can notice a growing love for body mods from everybody, but a growing disdain towards plastic surgery. I feel like as a society, we're finally moving away from believing being fat is the same as being evil incarnate, but we're still closer to over-scrutinizing appearances than we are from leaving each other alone.

For some reason, people feel that if someone has chosen to do something to alter their body, then we are free to mock them for it — but that isn’t true and it isn’t fair. Often these body modification choices — be they a nose job or a tattoo — are seen almost as a necessity, where we need to change or alter this one thing to feel comfortable and happy. Whilst it may not be the solution for you, we shouldn’t judge others for their coping mechanisms. Especially in the case of Kylie Jenner, where a young girl has come forward admitting insecurity and has been laughed at more than ever before. We complain about not getting the truth, yet when we receive it, it’s then used to ridicule and mock.

If I could afford it, I would still have a load of plastic surgery and I would definitely be covered in a lot more tattoos. When I see someone with giant plastic tits, I feel just as in awe as when I see an intricate dot work mandala tattoo. There shouldn't be a hierarchy of which one is more acceptable or cool, because they both took a lot of time, effort, money, and careful decision making. And with a choice so permanent, it’s too harsh to tell someone you hate what they’ve had done. If you hate their dress and fashion sense, go ahead and share your opinion. If you hate what they’ve done to make themselves more confident and happier, then keep it to yourself. Or the next time you get a tattoo, the insecurity gods are going to make sure it’s spelled wrong.

More like this
These Bras & Underwear Seem Expensive But Are Actually Cheap AF On Amazon
By Nicole Zane
These Clever Things Are Skyrocketing In Popularity Because They Make Life So Much Better
By Rebecca Martinson
Here's Your Daily Horoscope For July 5, 2022
By Mecca Woods
The Best Summer Workout Gear Of 2022
By Carolyn Steber
Get Even More From Bustle — Sign Up For The Newsletter