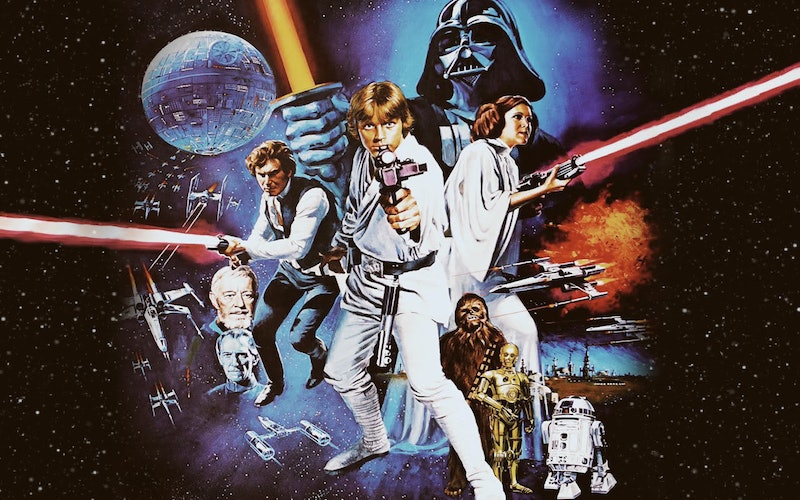 In Sweden, movie theaters have introduced a new feminist film rating system that takes gender portrayals into account. To get an 'A' under the new system, a movie must have at least two named female characters who talk to one another about something other than men (a measure known as the "Bechdel test"). That sounds broad enough that most films should pass, right? Wrong. Here's a list of 10 movies that wouldn't make the grade:

1. The entire Lord of the Rings trilogy

Yikes! As Alexander Abad-Santos at Atlantic Wire notes, the test isn't a measure of film quality. But "it does shine a light on how many 'good' movies and money-making blockbusters don't do enough when it comes to female stories and female characters."

And that's the goal of Sweden's new ratings: To get filmmakers to think more about female characters, their development and their relationships. "The wonderful and tragic thing about the Bechdel Test is ... that the standard it creates is so pathetically minimal," Entertainment Weekly's Mark Harris wrote in 2010.

Of course there's nothing wrong per se about failing the Bechdel test. A movie about an all-boys prep school probably isn't exhibiting gender bias by not having more intra-female dialogue; and some feminist-minded films may still fail (like Wendy & Lucy, where Michelle Williams' protagonist hardly talks to anyone at all). Plus, movies featuring lots of chatty females can still perpetuate negative female stereotypes. "There are far too many films that pass the Bechdel test that don't help at all in making society more equal or better," Swedish film critic Hynek Pallas told USA Today.

Pallas also blasted the system for signaling what should and shouldn't be in a film. But no one's getting penalized for not passing the test (the Swedish government has nothing to do with any of it). If anything, the rating is simply one of many tools filmgoers can use to make movie choices. And if it winds up leading to more sales for 'A' rated movies, maybe more filmmakers will take note and actually start fleshing out female characters.