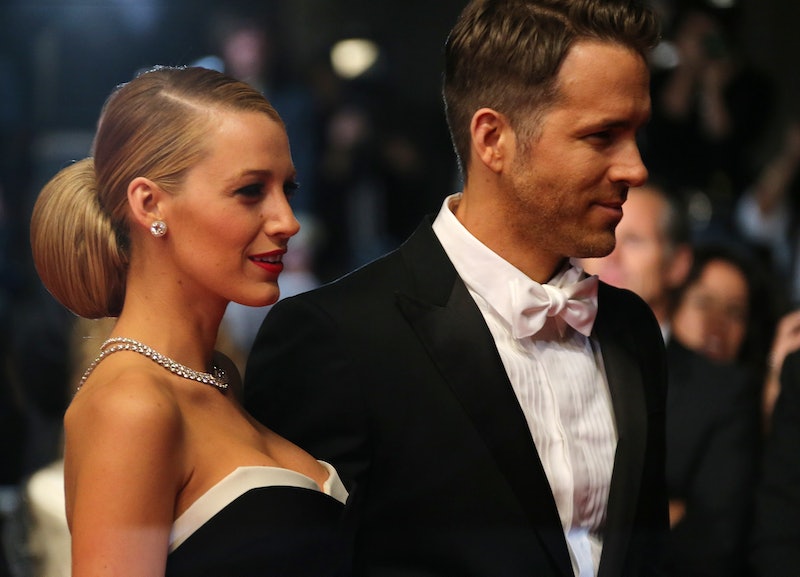 When she was born last December, I was briefly hopeful that there would be at least a short interlude where I wasn't completely and totally intimidated by Blake Lively and Ryan Reynolds' baby daughter James. After all, for all the insecurities floating around in my head, there is at least some part of me that knows I'm bringing more to the table than an infant. I felt pretty confident that if James and I were up against each other in an interview, or competing in a foot race, or putting together Ikea furniture together, that I would have a pretty substantial leg up on her.

But the more information I find out about this baby, the more I realize that the window of me being able to hold my own with her is swiftly closing, if not already closed. And when I woke up this morning and saw that Papa Reynolds had posted the first public photo of his little girl on Instagram, I knew that my time in the sun had come to an end. Even though the picture doesn't show James' face, all I could feel when I looked at it was cold fear. She's coming for you, she's coming for me, she's coming for all of us. Here are just seven of the ways she's already intimidated us all at less than a year old.

By Being Named James

You have to be pretty intimidatingly attractive to pull off a boy's name as a girl (just look at her mom!), especially when there are already so many talented Jameses in Hollywood. They're big shoes to fill, and she's already stomping around in them!

By Beating Her Dad At Thumb Wrestling

I mean, just read his caption! He wouldn't lie about that!!!

Because We Know She's The First Of Many

Both Reynolds and Lively have talked about their desire to have a large family. Lively comes from a family of five, and Reynolds of four, so there's a lot more where James come from! Batten down the hatches.

By Refusing To Show Us Her Face

She must know what her ethereal beauty would do to our mortal cameras.

By Giving Us The Runaround

At just a few days old, she was somehow able to plant a rumor that her name was Violet and not James. Surely a normal baby is incapable of such a maneuver!

By Being Born A Month And A Half Early

James was reportedly born prematurely which is proof she waits for no man or due date or whatever. She had business to attend to, so she showed up to get it done.

I MEAN, JUST LOOK AT HER PARENTS