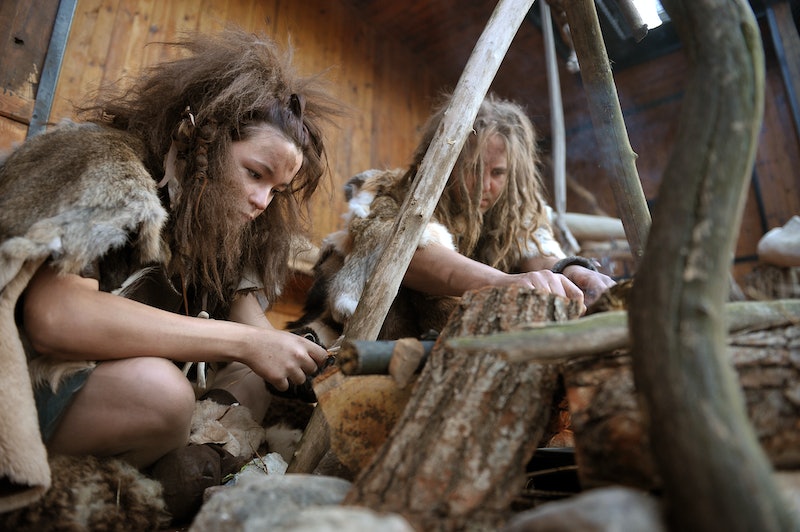 Some of the most deeply entrenched cultural logic that perpetuates patriarchy is linked to our tribal roots — women nurtured children, while men satisfied their bloodlust through the hunt and called all the shots, we've been told. According to new research published in the journal Science, however, gender equality in hunter-gatherer tribes and equal division of labor was more likely the norm, and the evolutionary development of gender equality is part of what makes humans so unique.

Although we can never know exactly how pre-historic tribes functioned, the next best thing is to look at contemporary hunter-gatherer tribes that remain intact. Researchers at University College London set out to study co-residence patterns and living habits of the Agta in the Philippines and the Mbendjele BaYaka in the Congo by conducting hundreds of interviews. They found that men were also active in childcare, and that women also contributed to the hunting and foraging. In addition, they found that both sexes had a say in which individuals made up each tribal group. When one sex makes all the decisions (as men did in most communities for the past thousand years), these camps tend to be far more inter-related, but when both men and women have a say in who make up their group, the gene pool is far more diverse.

Researchers used a computer model to see how different camps could hypothetically be constructed, assuming that most people would choose to live with their relatives. After analyzing the populations in each contemporary tribe, it was clear that both men and women had contributed to decisions regarding the individuals in their respective camps. This kind of living situation helps foster connections to a large social network outside each camp, while preventing too much inbreeding. Mark Dyble, lead anthropologist on the study, told The Guardian: “When only men have influence over who they are living with, the core of any community is a dense network of closely related men with the spouses on the periphery...“If men and women decide, you don’t get groups of four or five brothers living together.”

The results of this study suggest that perhaps gender equality is more a part of mankind's "true" nature than gender inequality is. "We’d argue it was only with the emergence of agriculture, when people could start to accumulate resources, that inequality emerged,” Dyble said. If early man (and woman) could live as equals and make it work, perhaps it's not too late to think we can achieve such a feat in the not too distant future. Paleo diets have been all the rage for quite a while — maybe it's time Paleo gender roles became trendy, too.

More like this
Why You're Seeing Green Bandanas At Abortion Rights Protests
By Lexi Inks
GIRLI & Q Fell In Love At A Skatepark & Never Looked Back
By Jessica Morgan
How To Come Out Online, According To Trevi Moran
By Melanie Mignucci
34 Quotes That'll Inspire You On Juneteenth & Beyond
By Syeda Khaula Saad and Siena Gagliano
Get Even More From Bustle — Sign Up For The Newsletter