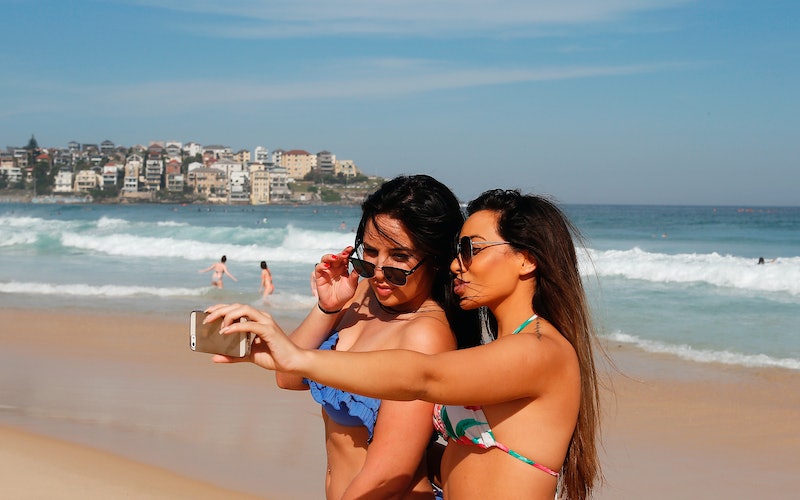 I don’t think it needs to be said that the Internet is a horrifying place. In theory, it’s great, as most things are, but in reality it’s a cesspool of evil people and total atrocities, and, of course, Facebook. Yes, once again, social media is ruining someone’s life. According to ABC 13 Houston, When 21-year-old Houston resident Adriana Henderson put some selfies on Facebook, she, like many of us, probably didn’t think much of it. She probably took the photo, thought as we all do, “Damn, girl, you look hot,” then uploaded the image. Her friends probably flooded the photo with likes and comments that confirmed just how great she looked, and that’s where it should have ended. But for Henderson, that was just the beginning.

Not long after the photos had been posted Henderson was recognized in public, which, I think we can all agree, is pretty awesome. But for Henderson her recognition came with questions about whether she was still “doing in-calls or on the market.” Henderson was perplexed and did some research…where she found that her selfies were being used on sex sites, as in sites selling sex.

Not only do we have a clear case of false advertising, because Henderson is not a sex worker, but we also have a woman who is fuming and humiliated because we’re dealing with identity theft, too. I can’t even imagine the twisted, nauseated feeling that would come with such a discovery, especially since these sites are not taking the photos down.

ABC 13 Houston reached out to one of the sites, because there are several, in the hopes of getting Henderson’s photo removed, but their efforts just came to a dead end when they received a text saying they had called the wrong number. Sure.

While Henderson does have a case, according to an attorney, it doesn’t change the fact that the damage is done and her photos were ripped from her Facebook page. It just goes to show that Facebook is nothing but trouble, and you never know who among your friends is going to possibly swipe your next hot selfie for their up and coming sex site. Ugh. People, man.