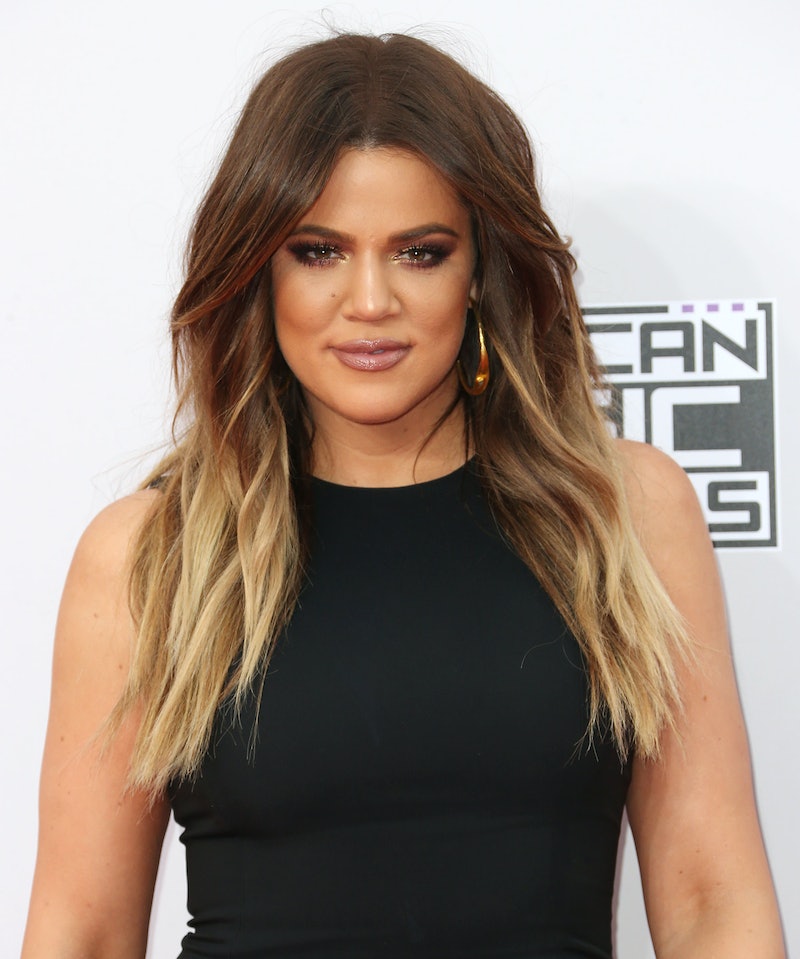 Ever since the beginning of Keeping Up With the Kardashians, it's been clear that Khloe Kardashian and Bruce Jenner are close. They have a very special bond that I, personally, love watching on the reality show. Their father/daughter connection is something many, myself included, relate to. So, when it was announced during Jenner's interview with Diane Sawyer, that Kardashian was struggling with his transition the most, some fans might've found that a bit surprising. With that said, it looks like Kardashian is continuing to support Jenner by giving him gifts for him to use post-transition.

As shown in the clip from E!'s About Bruce special, Kardashian shows up at Jenner's Malibu home with a stack of gifts for her stepdad. Now, we don't get to see what's in the boxes, but I assume it's something for Jenner to wear as "her," based on what Kardashian tells Jenner.

She says, "I don't know her taste yet, so I'm trying to figure that out." Jenner responds, "Well, to be honest with you, I don't now her taste either." The moment gets even sweeter and more emotional when Jenner asks, "Do you know how nice this is? Without even opening them, do you know how nice this is and how much I appreciate this?" Then, Kardashian says, "You deserve it."

What a nice gesture! If you thought Kardashian and Jenner weren't tight anymore, you're very wrong. This moment proves that the two are as close as ever and nothing can break their strong bond.