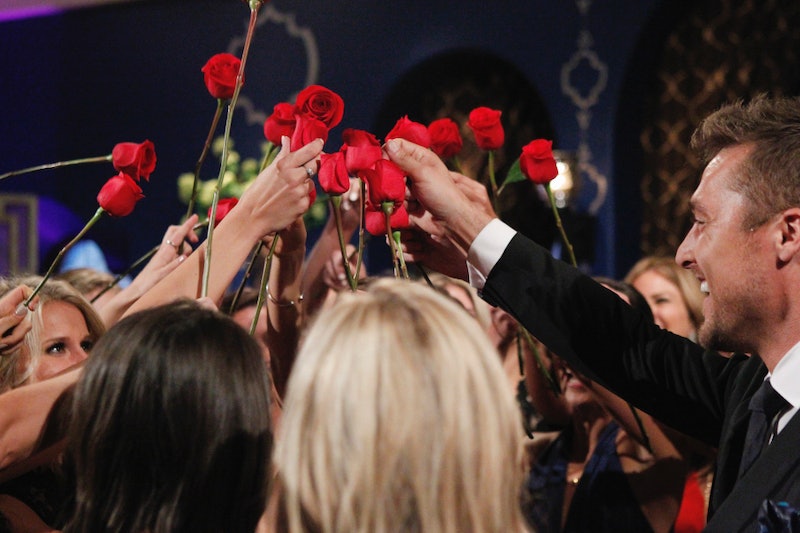 Some people think that reality television isn’t made for rewatching. After all, it’s “real life,” so who would want to relive those moments? Um, me. I do. That’s why I’m upset that The Bachelor and The Bachelorette still aren't on Netflix. There could be millions (okay, it just seems like millions) of seasons of television for me to watch and enjoy again. It’s like revisiting an old friend or tucking into a favorite meal. Sometimes, you just want to hang with your high school pals and sometimes you want macaroni and cheese from the box. So why aren’t past seasons of The Bachelor/ette on Netflix (or hell, even Hulu Plus)?

Well, it mostly comes down to broadcasting rights and advertising dollars. I’m sure that episodes of The Bachelorette cost advertisers a pretty penny, so why buy the cow when the milk is free? Well, networks like Bravo have let me revisit Bethenny Frankel and Kelly Bensimon screaming at each other on Real Housewives of New York on Hulu Plus, so ABC should step it up and allow longtime Bachelor/ette fans to relive Trista and Ryan’s courtship and Courtney Robertson’s explosive season (I personally think she played her act up for the cameras and she was hilarious). In silent protest (well, maybe not protest — let's call it "encouragement"), here’s a list of perfect reality television “remember-when” moments from The Bachelor and The Bachelorette.

Praise Andi for saying what we were all thinking, amirite? After an evening in the Fantasy Suite, Andi realized what a jerk JP was, and she did not suffer his egotistical attitude lightly. The morning after, Andi confronted JP and told him how basically everything he said the night before was inappropriate (including telling Andi how he had sex with another contestant, Claire) and that she was leaving. He “eetz ohkayed” through the whole speech, but women around the world cheered at Andi's candor.

In the most recent season of The Bachelor with Chris Soules, contestant Kelsey talked about how anxious she was about the rose ceremony and then promptly fell to the floor and had a panic attack. Was it staged? (Oh totally.) Was it fake? (Come on.) The world may never know. (It was totally staged, you guys). Unfortunately for Kelsey and her “wonderful journey,” she was axed that week, never to be seen on our TV-watching devices ever again.

You should never, ever mess with a momma. Apparently, on Emily’s season of The Bachelorette, contestant Kalon didn’t know this, because fellow contestant Doug totally ratted out the fact that Kalon called Emily’s daughter Ricki “baggage.” Good move for Doug; bad move for Kalon. Emily went off on Kalon and told him to “get the f—k out,” and it was amazing — Emily is so prim and proper that it was fun to watch Emily rightfully take Kalon down.

Not that you have to propose at the end of The Bachelor/ette, but you should probably at least stick with your decision. That’s not what Bachelor Jason did, when he broke Melissa Rycroft’s heart like, two months after they got engaged. Why did he do it? He said he loved Melissa’s fellow contestant, Molly, more. Um, yikes. Don’t worry for Melissa, though. She became a Bachelorette and found love on her own.

5. Everything About Jake & Vienna

Did anyone ever think that this couple was going to make it for the long haul? The fighting, the teasing, the volatility of it all? As sexually compatible as these two were, you just knew it couldn’t work out long-term, and that was totally apparent during the very heated tabloid breakup. Yikes. Worst Bachelor couple ever? Sure. Does that mean I don't want to re-watch it on Netflix? Nope.

I don’t hate on Brad because he wasn’t sure he loved any of the women in his general vicinity enough to marry them — I hate on him because he had the gall to go on television and do it all over again. Brad, maybe you’re just not cut out for a reality show. It’s fine. Plenty of people (including myself) aren’t. Go meet a girl on Tinder like everyone else.

Brooks was outed by Reality Steve as the winner of Desiree’s season, and it’s like, the only time RS has ever been wrong. What actually happened was viewers watching Desiree fall fast and hard for Brooks, bring him to the end, and then get her heart ripped out when he was like, “Uh, bye” on a tropical dock. It was like an emotional car wreck.

Talk about misreading a situation: Contestant Blakeley made Bachelor Ben a scrapbook of their time together and then unveiled it during an early one-on-one date. I’m all for a personalized gift, but maybe it was a little too soon for that, eh? And shame on the producers for knowing it would be good television: She had to get the glues sticks somewhere, now didn’t she?

So many cringe-worthy-yet-satisfying moments on this list, and so little time. Let’s hope that ABC rethinks its streaming strategy and allows us to watch these whenever we want sometime soon.